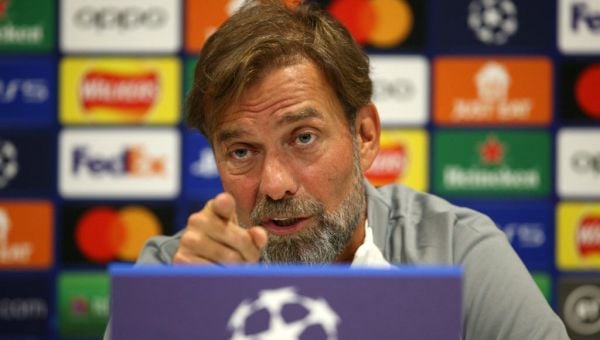 Liverpool manager Jurgen Klopp admits there have been four or five days of “absolute truths” told to players in a series of clear-the-air meetings after last week’s Champions League “horror show” against Napoli.

It was not just the 4-1 scoreline in their Group A opener but the manner of the defeat and the chaotic performance which prompted cause for concern among the coaching staff.

With a free weekend due to the cancellation of all football following the death of the Queen, Klopp and his staff have had ample opportunity to lay it on the line to his squad and there has been no holding back.

“I watched the game back plenty of times and it was a real horror show to be honest. It was the worst game we played since I was here,” he said ahead of the visit of Ajax.

“Eight out of 11 were below their level and the three others were not on a top level, just a normal game.

“I have to do something, I can’t sit there and wait for how we react. Is this the situation I wanted? No. But now you are in it you find it interesting and challenging.

“(We had a) general meeting, showing these situations and they are too obvious. It was not needed to say a lot about it but I did anyway.

“Did I question the players? Generally, no. In this situation, yes. ‘Why would you do that? Why would we do that?’

“When James Milner arrives too late in a challenge and we lose challenges where we would usually win them you know something is wrong.

“There are four or five days now of absolute truth. We didn’t hide anything, we didn’t hold back anything, there was no need for that.

“We just said it how it is, but not to knock the players down or whatever, just to make sure where we are now is the starting point for us and we make sure we sort the problems together on the pitch.

“There was no pointing at each other, that was the good thing about the game pretty much.”

Defender Joel Matip admits those truths have been been difficult to hear but believes it was important for all the issues to be aired.

“Sometimes it hurts and this is normal but in a good team, which I think we are, you can speak about these truths,” he said.

Klopp believes part of the problem in Naples may have been the players were trying to over-correct a disappointing start to the season.

They had won just two of their opening six league matches and performances have been frustrating and disappointing in equal measure.

However, he has told them he does not want individuals heading off on hero missions as it has to be a collective effort.

“We had obvious football problems, defending and attacking, but what led to this problem was a misjudgement of the situation,” he said.

“I know the players want to sort the situation: we are not over the moon about our season so far.

“In this game it looked like everyone wanted to sort the problem but by themselves and that didn’t give us the structure to work together.”