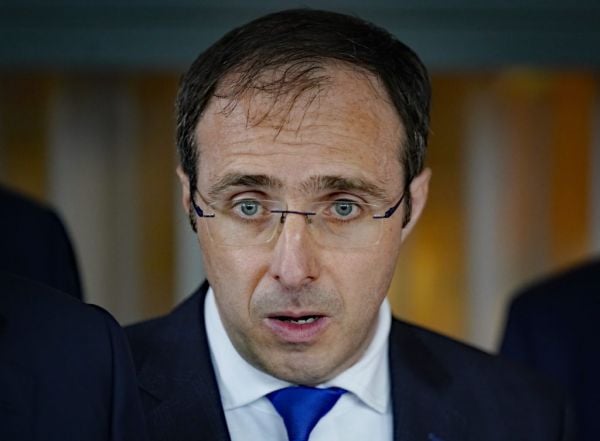 Fianna Fáil TD Robert Troy has said he will run in the next general election despite resigning as a junior minister over his property dealings.

The Longford-Westmeath TD reiterated his apology over his “unintentional errors”, adding that he was willing to answer further questions on the matter.

Mr Troy resigned as minister of state at the Department of Enterprise, Trade and Employment last month for failing to correctly declare properties on the Dáil’s register of members’ interests and also failing to register a rental property with the Residential Tenancies Board (RTB).

Mr Troy said: “For my own part, I dealt with the unintentional errors that I made.

“I issued a fulsome apology, and I do so again today. And I’ve taken a direct decision in that regard in terms of stepping down as a minister. But today, it’s not about that.

“Today and tomorrow is about focusing on the issues that are affecting the people who have given us the honour to represent them.”

Asked whether he would run in the next general election, he replied: “Most certainly.”

He said he had provided a “fulsome statement” on his property dealings and answered questions comprehensively and he had “no problem” doing so again.

“I’m more than happy to answer any questions Revenue, the RTB, the local authority, or Sipo (Standards in Public Office Commission) have in relation to any of my dealings,” he added.