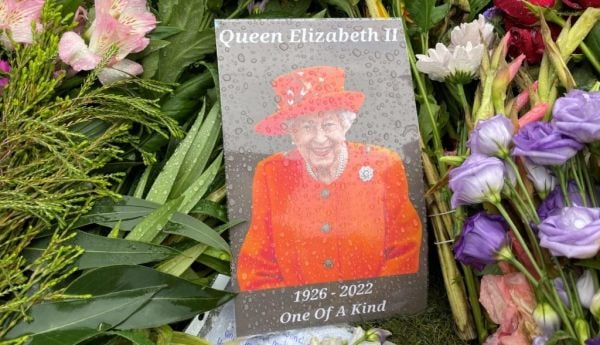 The Taoiseach has confirmed he will travel to attend Queen Elizabeth’s funeral in London next week.

Micheál Martin also confirmed he will attend a memorial service for the late British monarch in Belfast on Tuesday alongside President Michael D Higgins.

Mr Martin said: “I will be going to Belfast tomorrow, the President and I we have been invited to the memorial service and we will go to that tomorrow.”

Mr Martin was speaking at the Fianna Fáil party think-in in Mullingar.

His confirmation came as a special sitting of the Stormont Assembly took place to hear tributes from both unionist and nationalist parties.

Speaking first, Sinn Féin vice president Michelle O’Neill said the queen’s life and legacy will be “fondly remembered by many people around the world”.

“Today I wish to record the value and respect I place on the significant contribution Queen Elizabeth made to the advancement of peace and reconciliation between the different traditions on our island, and between Ireland and Britain during the years of the peace process,” she said.

“I recognise that she was a courageous and gracious leader.”

Ms O’Neill added: “She made real efforts, and in good faith, to build relationships with those of us who are Irish, and who share a different political allegiance to herself and her Government, and who wish to exercise our right to self-determination based on consent to achieve reunification and a shared island for all.

“There is an onus on us all in politics and public life, but also the whole community, to follow her example and strengthen the bonds of friendship that will bring people and communities together.”

Ms O’Neill also said she wanted to “extend the hand of friendship” to the new king.

The DUP’s Gordon Lyons told the Assembly that no tribute or eulogy could do justice to the life of the queen.

He said: “Since the news of her death last Thursday, many people in Northern Ireland, across the UK and throughout the world have felt deep sorrow at the passing of someone who, as it has often been said, we will never see the like of again.

“Some have even confessed to being taken aback by just how sad they feel about the passing of someone they had never met.

“I believe the great sadness that has been so evident across the country exists because we are beginning to realise what it is that we have lost.

“For so many people, she was the constant: the unchanging presence in all the seasons of our national and public life.

“In an ever-changing world, in times of great national joy and celebration and times of sorrow, sadness and grief – she was the anchor: one we could look to for stability, continuity and comfort.”

Mr Lyons said the Queen had a “unique capacity to bring us together”.

“As we witness the national outpouring of grief and love for her, we recognise that in death she still unites us,” he added.

The special sitting of the Assembly comes ahead of a visit to Northern Ireland by the new king on Tuesday.

Charles and Camilla will travel to Hillsborough Castle and Belfast for several engagements.

The trip to Northern Ireland follows a visit to Scotland on Monday, with a trip to Wales planned for later in the week.

A significant security operation is under way in the Co Down village of Hillsborough ahead of the royal visit.

People continue to congregate at Hillsborough Castle, the royal residence in the North, where a large number of floral tributes have been laid.