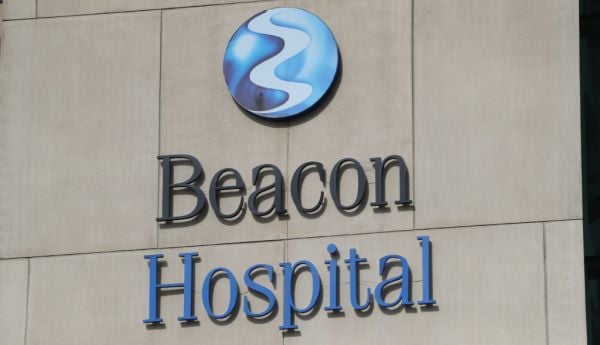 The Beacon Hospital is to oppose a barrister’s High Court action against it where he claims it has refused to allow him to receive any further treatment at the private medical facility.

The action has been brought by Alan Toal BL, who has been a patient at the Beacon for over a decade, undergoing several significant surgeries for spinal and nerve complaints which have seriously impacted on his health.

Mr Toal was recently seriously assaulted by a dangerous known criminal, and a former client of his who is the subject of a Garda manhunt and investigation, which he says resulted in him sustaining injuries and exacerbated his existing pain.

In his proceedings against the defendants, Mr Toal seeks various orders including one restraining the defendants from taking any steps from barring Mr Toal from receiving treatment at the hospital and to cease interfering with his medical-patient relationship with Prof Turlough O’Donnell.

The High Court had previously granted Mr Toal permission to serve short notice of the injunction proceedings on the defendants.

The matter returned before Ms Justice Eileen Roberts during Tuesday’s vacation sitting of the High Court.

Solicitor John Geary for Mr Toal asked for the case to be adjourned for a short period to allow his client respond to certain matters contained in the defendants’ formal reply to the barrister’s claims.

Mr Geary said he was seeking an adjournment so his client can reply to some matters that have been included in an affidavit sworn by the defendants in response to Mr Toal’s action.

Mr Geary, who said the action was urgent from his client’s perspective, said this could be done in a few days if required.

Mark Connaughton SC, for the defendants, which deny the claims, said his clients were formally opposing an adjournment and argued that the matter should be heard by the court.

Counsel said his clients do not accept Mr Toal has any claims against them, or that the matter was urgent.

Mr Justice Roberts said she was adjourning the case to early next month when the next legal term has commenced.

The judge also made directions for the further exchange of sworn statement in the case, which she said are to be done before the matter return before the court.

In his action, Mr Toal claims that last June, when he was due to attend his treating physician at the Beacon, he was informed the hospital had decided not to make an appointment with him.

He claims the decision was taken by Mr Cullen and was made without any prior warning to either Mr Toal or his treating medical consultant doctor.

He says no proper explanation, nor right of appeal, has been given to him by the defendants.

Mr Toal said he was also informed that the defendants were “under no obligation whatsoever” to provide him with “an explanation as to the basis of the decision made.”

Mr Toal categorically denies he engaged in any sort of behaviour that would warrant his barring from the hospital by the chief executive, adding that he does not know what the defendants mean by the term “various behaviours”.

His treating consultant, Prof O’Donnell, has no problem providing ongoing treatment to Mr Toal, who said he wants to continue to be provided with the excellent care given to him at the Beacon by Prof O’Donnell and his team.

Mr Toal claims the decision may be linked to the fact that he represented a consultant doctor, who had worked at the Beacon, in legal proceedings against the hospital.