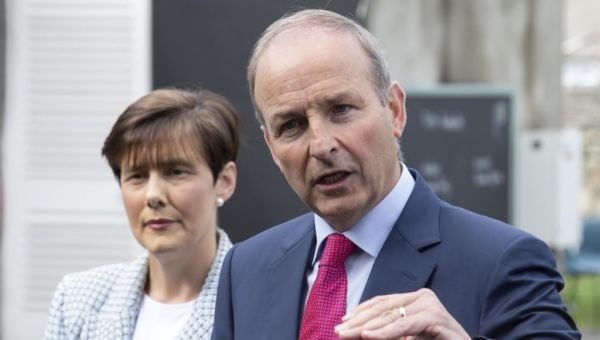 Taoiseach Micheál Martin said the cohesion of the Government depends on parity of esteem, and as agreed, Fianna Fáil will take over the finance portfolio when Tánaiste Leo Varadkar becomes Taoiseach later this year.

When asked what portfolio he will have in the revamped Cabinet, Mr Martin told RTÉ Radio’s Morning Ireland that after the budget the three party leaders would discuss such details.

He said his focus for now was the cost-of-living crisis, but he repeated that “parity of esteem” must be maintained.

When the agreement was reached “we didn’t get into personalities,” he said when asked if Michael McGrath would be the next Minister for Finance.

Under the agreement, if one party has the Taoiseach the other would have the finance portfolio. “That was clear and understood,” Mr Martin said.

Speaking on Tuesday afternoon, Mr Varadkar echoed the Taoiseach in saying the coalition leaders have not had a chance to discuss the portfolio shake-up while focus is being directed towards the budget.

“To be very frank, we’ve had no discussions among the three coalition leaders about the shape of the new government,” he said.

“I imagine we’ll get around to that probably some time around November. The focus at the moment is on the budget – getting that right and focusing on the things that matter monster to people, particularly the actions we can take to help with the cost-of-living crisis.”

“What’s essential is that there is parityof esteem, that there are no surprises and that people stick to their agreements,” the Tánaiste said.