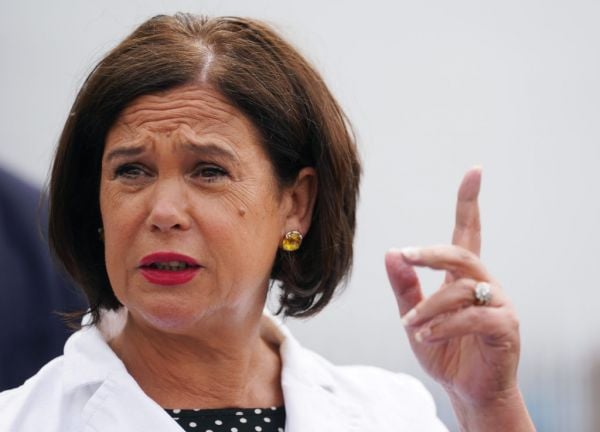 Sinn Féin leader Mary Lou McDonald has called for energy prices to be frozen and “pegged back” to levels they were at last June, while any direct cash supports should be linked to income.

Ms McDonald was speaking on Newstalk Breakfast and RTÉ radio’s Morning Ireland where she said that the response to the cost of living crisis needed to be proportionate and reflect how deep the crisis was.

The scale of the crisis was immense and “way beyond” anything even experienced in the 1970s, she said.

Sinn Féin was proposing a multi-pronged approach, the main thrust of which was the capping of electricity prices back to June 2021 prices.

This would be an emergency measure for the winter which was essential to get costs down, but would also provide security and certainty to families and households.

Ms McDonald explained under Sinn Féin’s proposals direct cash payments would also be made to individuals – rather than households and would be linked to income.

This was not about political point scoring, she said, it was not a “vanity project” between the Government and the Opposition, about “who can outshine who.

“This is a real crisis for people day-on-day who cannot meet their bills.”

Ms McDonald acknowledged that “we can’t be absolutely sure” that the €1.7 billion Sinn Féin was proposing would be enough to mitigate energy price increases.

Pearse Doherty was finalising details of what would be “a comprehensive and proportionate series of measures.”

Referring to a comment by Tánaiste Leo Varadkar that the Government needed to “leave something in the tank, not empty the tank.” To her this sounded like “softening up people for delivering less, rather than more.

“It’s important for me to say, and for all of us to recognise, there’s families and households across the State and the tank is empty.”