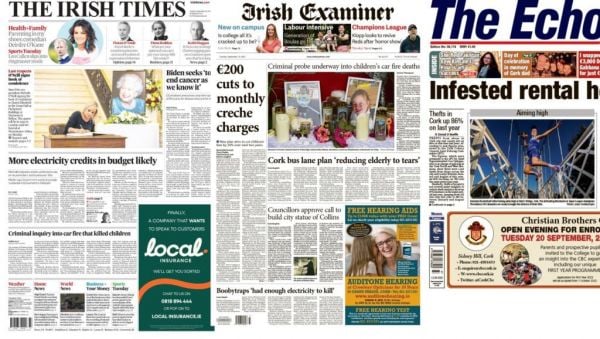 Tuesday’s front pages focus on further electricity credits expected in the upcoming budget as well as cuts to childcare costs and a double payment of child benefit.

The Irish Times lead with a piece about the Government likely to add more energy credits as opposed to capping bills for houses and bushinesses. 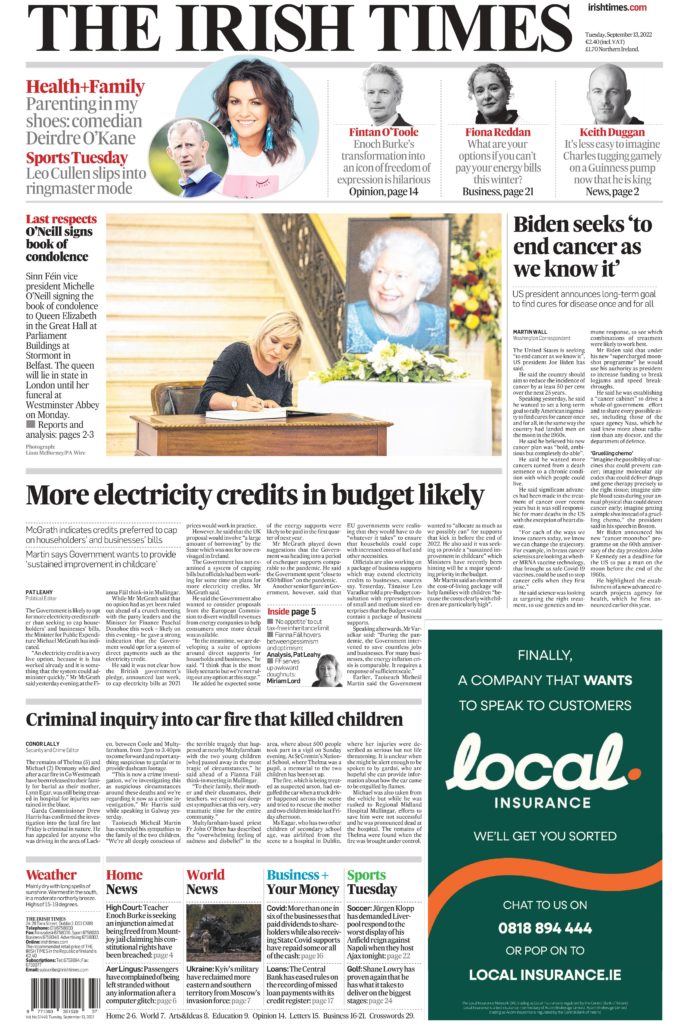 The Irish Examiner focus on childcare costs being cut by €200 as well as a double payment of child benefits being part of the 2023 Budget. 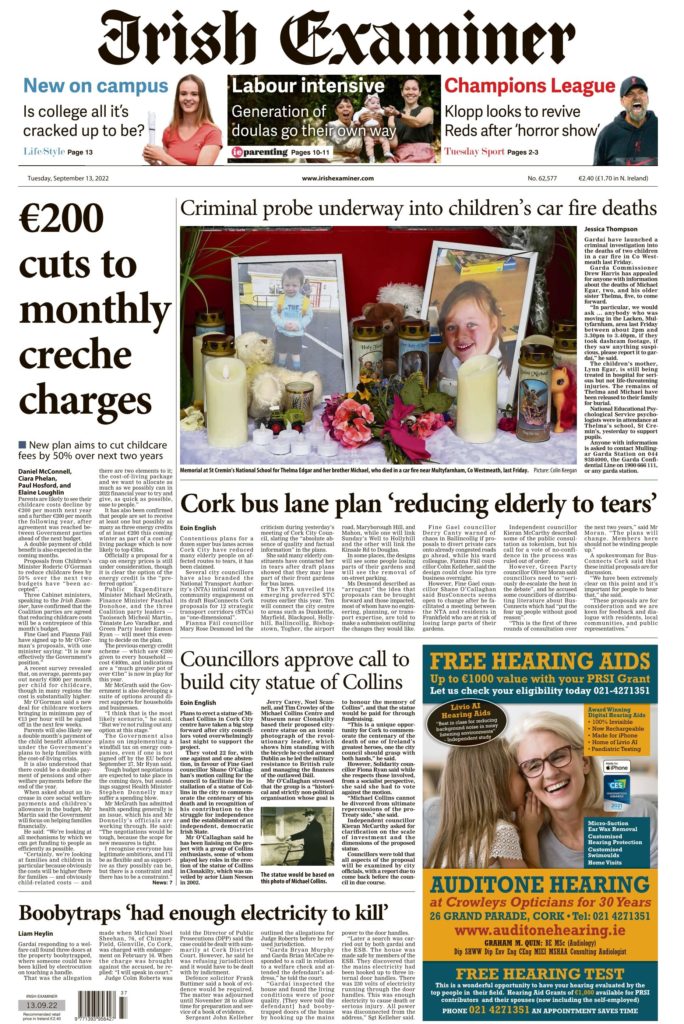 The Echo focus on the housing crisis in Cork as some families have been subjected to raw sewage in their kitchens. 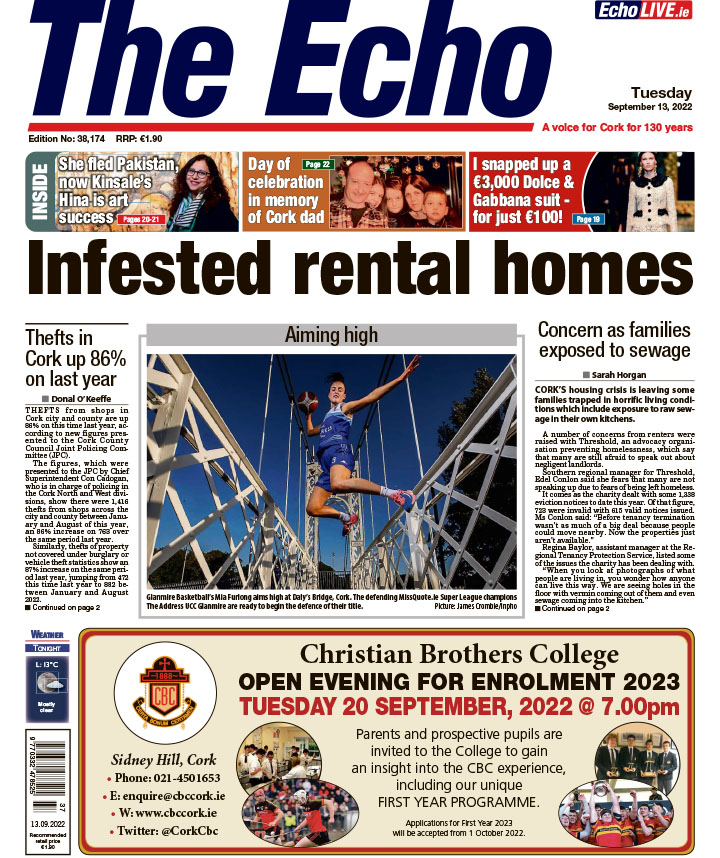 The Irish Daily Mail focus on comments from Tánaiste Leo Varadkar who said waiving school transport fees was a mistake.

The Irish Sun lead with a piece about the RTÉ series Dancing with the Stars being axed after the next season.

Morning readers. Stay with @BelTel for all your breaking news. Here’s a look at the front page of the Belfast Telegraph this morning. To read the full newspaper on your device, go Premium + ➡️https://t.co/WfXEtzlrHT pic.twitter.com/e3Tc2pp6NO

Meanwhile, in the UK the papers again cover the UK’s response to the death of Britain’s Queen Elizabeth, with many featuring scenes from the Princes’ Vigil in Edinburgh.

The Sun, the i, Metro and Daily Mail focus on King Charles and his “vigil” over his mother’s coffin with his siblings at St Giles’ Cathedral.

The Daily Mirror accompanies the photo of the Queen’s children surrounding her coffin with: “We will watch over you.”

“Lost in grief for darling Mama,” the Daily Express adds.

The Daily Telegraph also splashes with the photo, referring to it as a “Guard of honour” for Her Majesty.

The Times and the Daily Star carry scenes of the crowd outside the cathedral on the Royal Mile.

Elsewhere, The Guardian reports that the Prime Minister is under pressure to reveal details of the Government’s energy crisis plan.

The new UK chancellor Kwasi Kwarteng has told Treasury officials “to adapt to a new approach focused on boosting annual economic growth to 2.5 per cent”, as he prepares to unveil a “tax-cutting mini-Budget”, the Financial Times writes.

And The Independent focuses on developments in Ukraine, reporting that President Volodymyr Zelensky’s troops have reclaimed “dozens of towns” from Russian forces.