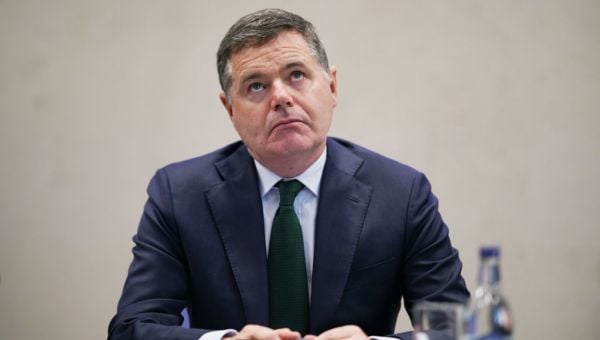 Minister for Finance Paschal Donohoe has said it would be “challenging” to increase taxes on householders as called for by an expert group.

“Substantial” increases in land and property taxes, VAT hikes, congestion charges in urban areas, increased PRSI and the phasing out of relief on private health insurance premiums are among a series of measures proposed by the Commission on Taxation and Welfare.

Mr Donohoe said the Government would give “serious consideration” to the proposals but that they will not be acted on ahead of the Budget in two weeks’ time.

He made the comments at the publication of the commission’s completed report at Dublin City University’s St Patrick’s campus.

“Over time, the overall level of taxation as a share of national taxes will have to increase,” it says.

“It is necessary to broaden the tax base to limit the need for increases in tax rates and to secure the sustainability of the taxation system against future challenges.”

The report described the share of taxation from property and wealth as “low” and said it should be increased.

A site value tax is also called for by the commission.

It fell short of recommending a net wealth tax but said “Capital Gains Tax and Capital Acquisitions Tax as well as taxes on land and property should be substantially increased”.

“It is certainly clear from this report that if we do over time want a bigger state then we need to find the money to pay for it.”

He added: “These are clearly not easy choices. The longer-term focus here is critical and as is explicitly recognised in the report. It isn’t expected and it isn’t realistic to think that recommendations while interconnected should all be implemented at once.

“Rather this commission is clear that ‘careful consideration’ is required of their impact.”

The commission, chaired by Professor Niamh Moloney, was set up in April last year to review how best the taxation and welfare system can support economic activity and income redistribution whilst prompting increased employment and prosperity in a sustainable way.

Prof Moloney said the overall level of tax action as a share of national income will have to rise over the next 10 to 15 years.

“This is not the political statement. It is simply a reflection of the age profile of our population,” she said.

“To provide a level of services that as a society we currently expect will require significant additional funding.

“The need to raise additional revenues also reflects other fiscal risks that Ireland faces, including our growing reliance on corporation tax as a source of funding.”

When asked whether increasing inheritance taxes would be something he was recommending the Government would do, Mr Donohoe replied: “That’s not something I would be doing.”