Donohoe warns Government to slash growth forecast for next year 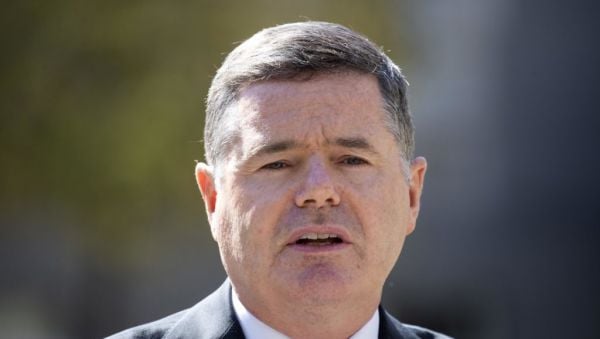 The Government is to slash its growth forecasts for next year as the cost of living crisis is dampening consumer confidence, Minister of Finance Minister Paschal Donohoe will tell TDs today.

As the Irish Examiner reports, a Budget day package of €6.7 billion will be unleashed on September 27th, doubling the size of the tax package and increasing public expenditure to combat the cost of living crisis.

This does not include the expected €3 billion in once-off measures which will also be announced on Budget day to tackle the cost of living crisis.

In his opening address to the Oireachtas Budgetary Oversight Committee, Mr Donohoe will say the reduction in purchasing power caused by inflation and increased uncertainty and weaker external demand will also see Irish-based companies hold back on investment.

“As a result, my Department will be revising down its projection for Modified Domestic Demand growth next year in the Budget.

“This is a challenging and deeply uncertain period for our economy. Over the last several years, we have found ourselves facing a series of unprecedented global shocks: Brexit, a pandemic and the conflict in Ukraine,” he will say.

However, he will point to the remarkable recovery in the Irish economy from Covid-19.

“At the end of last month, tax revenues stood at almost €50 billion, up by over €10 billion on the same period last year. This is a clear and encouraging demonstration of the underlying strength of our economy, he will say.”

He will sound a note of caution about the surge in volatile corporation taxes which he will say will top €20 billion by the end of the year.

“This is a staggering figure. To put it in context — a decade ago, receipts from the corporate sector amounted to around €4 billion,” he will say.

The surge in corporate tax revenues is disproportionately concentrated among a small handful of firms. Just one of these firms leaving Ireland would be a significant blow to our tax revenues, Mr Donohoe will say.