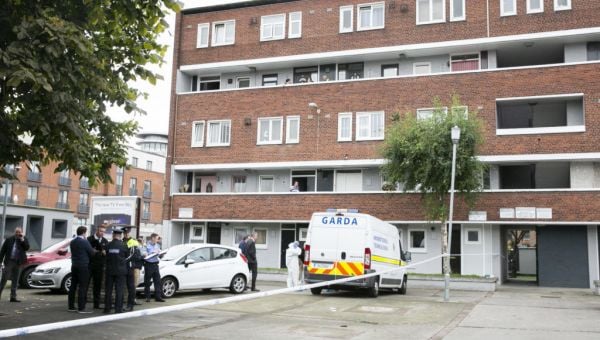 Gardaí believe Tony Dempsey (28), whose remains lay in a Dublin city flat for over a week before the alarm was raised, was killed in a drug-related incident by somebody he knew.

The dead man suffered serious head injuries in a violent assault at flat in Kevin Barry House, Coleraine St, Dublin 7, where his body lay for over a week despite the property being used by drug users.

Detectives believe Mr Dempsey, who was originally from Inchicore, Dublin 7, was among a group of drug users who were “coming and going” from the flat after the vulnerable tenant living there had lost control of the property.

The alarm was raised on Monday evening and when gardaí and paramedics went to the address they discovered Mr Dempsey’s body on the floor in a bedroom.

The remains, covered in garments or blankets, had begun to decompose to the extent it delayed the official identification of the dead man.

The vulnerable tenant, who was previously homeless, had been placed in the property over 18 months ago by the Peter McVerry Trust as part of a housing project run in conjunction with Dublin City Council.

In recent months the tenant had lost control of the flat as drug users and homeless people called to it and gained entry. There is no suggestion that the tenant is suspected in any way of being involved in the murder.

There were reports of large numbers of callers, often in the early hours, and gardaí believe Mr Dempsey was among them and was fatally assaulted by others he was in the property with around the start of last week.