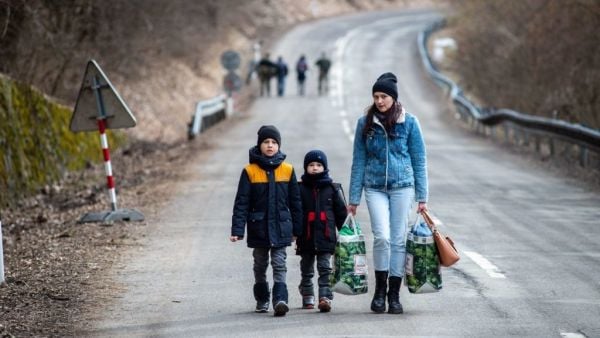 Non-EU migrant women in Ireland may face a “double disadvantage”, which relates to being both a woman and a migrant, new research shows.

The research, conducted by the European Migration Network (EMN) and the Economic and Social Research Institute (ESRI), found that in 2020 there were almost 89,000 non-EU women and girls living in Ireland, representing 3.5 per cent of the resident female population.

Non-EU migrant women face challenges in the labour market, with higher rates of unemployment and lower activity rates than both Irish women and men, and migrant men.

Other challenges may include difficulties balancing caring duties, a lack of skills recognition and the risk of underemployment.

The research also indicates that non-EU migrant women are more likely to live in overcrowded conditions compared to Irish women and have a higher frequency of perinatal deaths than other groups.

Previous research consulted for the study pointed to additional integration challenges such as increased risk of gender-based and domestic violence, discrimination, homelessness and the vulnerability of women living within the Direct Provision system of accommodation.

Non-EU migrant women are also at more risk of trafficking in human beings than other groups.

Michał Polakowski, co-author said: “While research shows that non-EU migrant women may face certain disadvantages, they are often very well-educated, and potentially a great asset to the Irish society and economy.

“Our study shows the important role of Non-Governmental Organisations, not only in the provision of integration measures, but also in representing migrant women’s voices.

“The overall positive social attitudes towards migrant integration in Ireland, the rise of pro-equality social movements as well as the publication of the National Strategy on Domestic, Sexual and Gender-Based Violence which explicitly deals with migrant-specific issues may signal increased attention to the integration needs of migrant women going forward.”