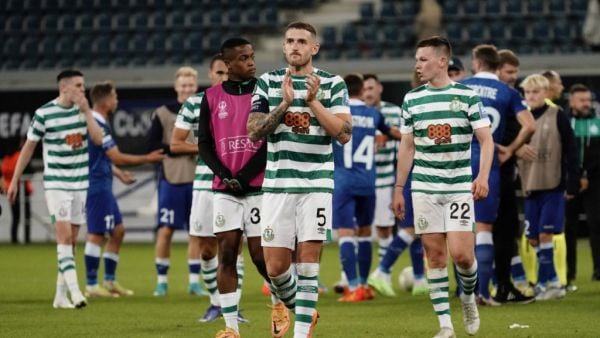 Shamrock Rovers have endured a torrid night in Belgium in Group F of the Conference League.

Stephen Bradley’s side were beaten 3-0 away to Gent.

The Belgians top the group on goal difference from Djurgardens, who won 3-2 at home to ten-man Molde.

Rovers have three weeks before they go to Molde in their next European outing.

The Hoops did improve in the second-half, creating a number of chances, but they failed to break down the home defence.

Jack Byrne and Rory Gaffney came the closest to finding the net for Rovers.