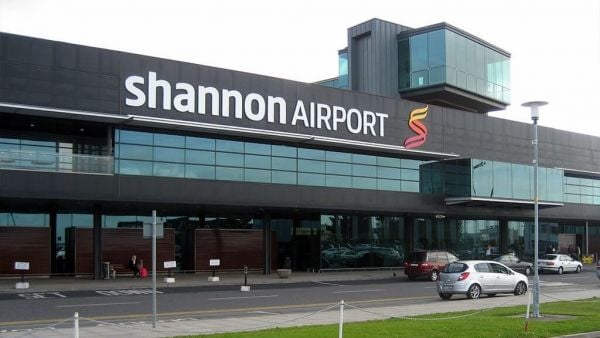 An investigation is expected to be launched into an incident at Shannon Airport early on Thursday when a helicopter suffered difficulties while landing.

The incident occurred at around 6.20am as the Eurocopter EC155B was about to land at a small aircraft park at the airport.

It is understood the helicopter landed heavily but the pilot managed to maintain control of his aircraft and keep it upright.

It’s believed the pilot had been cleared to land on a taxiway from where he would taxi to the light aircraft park.

As the helicopter was setting down on the taxiway the pilot experienced difficulties and the aircraft appeared to land heavily and travel along the taxiway before coming to stop.

The incident occurred about 100 metres from the airport fire station so crews were able to respond quickly.

Airport crash crews mobilised the short distance to the scene and found that pilot was uninjured.

It is not yet clear whether the helicopter was carrying passengers at the time.

Operations at Shannon Airport were unaffected as the incident occurred well clear of the active runway and main taxiways.

The Air Accident Investigation Unit (AAIU) of the Department of Transport has been informed of the incident and is expected to carry out a preliminary investigation before a decision will be made about whether a full probe will be required.

The aircraft is operated by a Galway-based helicopter charter company.

The spokesperson said: “At 06.19 am this morning a helicopter experienced difficulty while landing at Shannon Airport. No one was injured. The aircraft remains in situ at the airport pending the arrival of the Air Accident Investigation Unit. Our airport operations were unaffected by the incident and are fully operational.”

A comment is awaited from the company and AAIU.