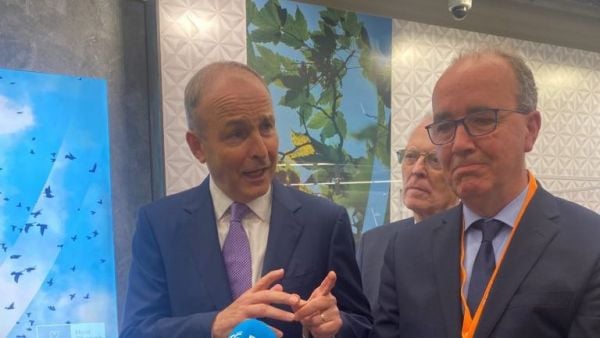 The Taoiseach has indicated he would be open to allowing former party colleague Bertie Ahern back into the party.

Micheál Martin said that he has been engaging with the former taoiseach in recent times, particularly about issues around the Northern Ireland Protocol.

On Wednesday evening, it was proposed during the Fianna Fáil parliamentary party that Mr Ahern should be allowed to make a return to the party as part of its plans to mark the 25th anniversary of the Good Friday Agreement.

Speaking in Tallaght on Thursday, Mr Martin said: “In terms of Bertie Ahern, I have been engaging with Bertie Ahern actually over the last year and a bit, since the rows on the protocol, and he’s very involved in Northern Ireland issues, he maintains contacts with different groups.

“From my perspective, like that level of consultation will continue because I think he has invaluable insights to all of that.”

Mr Ahern resigned from Fianna Fáil in 2012 after the Mahon Tribunal.

He made the move before Mr Martin sought to expel him from the party.

Mr Martin said that his former colleague has experience with a range of groups in Northern Ireland.

“He has reached out to communities in the north and is sort of picking up perspectives in different communities and that’s been valuable in terms of engaging and discussions on that,” the Fianna Fáil leader added.

“No one can take from the contribution he made to peace in Ireland and to the peace process, so the fullness of time certainly we will give him that consideration.

“It’s very relaxed when we meet.”

When remind that he sought to expel his predecessor from the party, Mr Martin said that he resigned in the wake of the tribunal.

“As far as I am concerned, it’s ten years on, I’m conscious of the contribution he has made to peace in the country.

“He made a very significant contribution,” Mr Martin added.

“There’s no immediate decisions yet. He has his views on these things as well.

“We’ve had good conversations, we meet at informal occasions, at matches and that.

“His is commitment to making sure that we can try and resolve the current issues around the protocol are very sincere and heartfelt, and that’s something we can take value from.”

“I’m experienced in Northern Ireland as well. I’ve been a Minister of Foreign Affairs,” he continued.

“People in Northern Ireland know I am very familiar with the issues on all sides of all parties and the fact that would have been a member of the government as part of the signing of the Good Friday Agreement at the time.

“I’ve invested a lot of my political life in the north, but I do think it’s always important, no one has total expertise in any subject matter, but I’m conscious he has been working community groups and working with people in terms of understanding current threads as well.

“That’s useful to get that.”

“Well, we don’t live in a cancel culture,” he added.

“I look around at the correspondents and the journalists here and I don’t think there’s one of you that at some stage of your career in the last decade has not sought out Bertie Ahern specifically.

“There’s no reason why Fianna Fái should be any different and a lot of this happens under the radar.

“I think that’s the story element of this.”