Team of the 2022 Senior Hurling Championship

ATTENTION has well and truly turned to the knockout stages of the Senior Football Championship but there is still time to reflect upon what was a really exciting JJ Kavanagh & Sons Senior Hurling Championship earlier this year. Our reporter KIERAN MURPHY was at the heart of the action throughout the Championship once again we have given him the difficult task of picking his best XV. After some top class action it was tough to finalise a 15 but after much deliberating Kieran has settled on what was the best of what he saw. Get in touch with us in the comments if you feel somebody deserves a mention who has been overlooked. 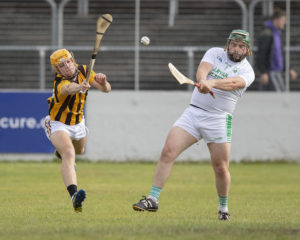 St Mullins goalkeeper Kevin Kehoe brought a calmness to the defence in front of him
Photo: Thomas Nolan Photography

He could well be called a veteran and his assuredness behind the last line of defence is worth an extra yard or two to his full-back line. He is also an excellent shot-stopper and is accurate with his puck-outs. 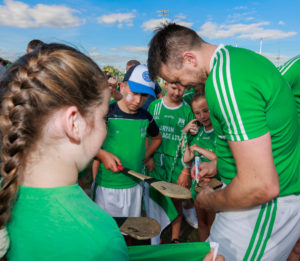 This defender seems to be getting faster every season as he showed all through the campaign where his sense of anticipation saw him steal yards from the respective forwards he outplayed in what was a vintage year for the St Mullins defender.

Darragh Nolan (Bagenalstown Gaels): If only for his anticipation and agility in preventing a certain Mount Leinster Rangers goal towards the end of a tight semi-final, his presence on the team of the championship is totally deserved. In those few magical seconds, his actions captured what he contributes to club and county at senior and underage level. 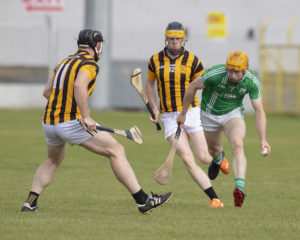 There is a case here of taking a bit of licence by putting the St Mullins defender into the full-back line but he did play here this year. No matter where he performs he is a tight marker but his hurling knowledge and ability sees him settle well into any side he plays with. He is also good for the odd score or two as he showed in the county final. 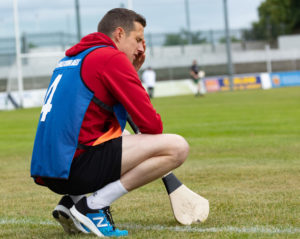 An injured Alan Corcoran shows his frustrations from the sidelines during Bagenalstown defeat to Mount Leinster Rangers in the group stages but he returned to their backline to play a big part in their season
Photo: michaelorourkephotography.ie

His point in the second half against Mount Leinster Rangers in the semi-final captured his tremendous ability. Here, the opposition was stealing forward but “Alfie” read the move, intercepted the intended pass and drove the sliotar over the cross bar. It was one of the game’s defining moments and outlined what the player means to his side. 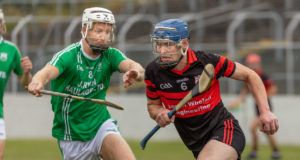 Mount Leinster Rangers’ Diarmuid Byrne was a rock at the heart of his team’s defence
Photo: michaelorourkephotography.ie

From the centre of the defence the Rangers man is a regular scorer for his club but he is a mean defender too and when in position he has great ability to make space for himself and this helps him make his distribution look easy. 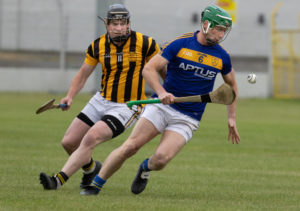 This man owes nothing to club and county where his tremendous stickwork gets him out of many tricky situations. His ability to distribute accurately to those around him also sees his side turn defence into attack in split seconds. When he is on song and that is almost always, he is worth the admission price alone just to see him perform. 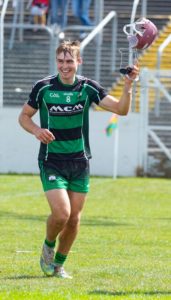 Bagenalstown Gaels’ Jack McCullagh has the talent to be a key man for club and county for many years to come
Photo: michaelorourkephotography.ie

He has been one of the finds for his county this year and at club level he brings an intensity to the midfield exchanges where he is a tremendous competitor. He is also good for a number of points in important games and is set to enjoy a long career with club and county. 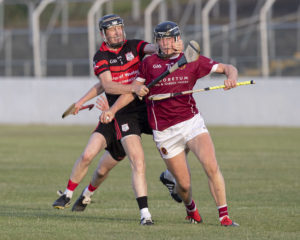 It may have been a disappointing end to the season for Rangers where they were surprised by Bagenalstown Gaels in the semi-final but yet again Richard Coady delivered for his club where his stick work and sense of anticipation make him one of the stand out hurlers of the championship this year. 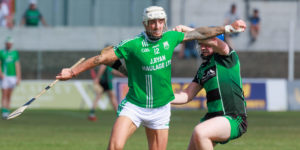 St Mullins’ James Doyle had a summer to remember and managed to fit getting married while helping his team to county glory
Photo: michaelorourkephotography.ie

His ten points against Naomh Eoin in the second round all but assured his club of a place in the knock-out stages before James returned from honeymoon to continue with what he been doing during his career by scoring seven points (2fs) in the county final. 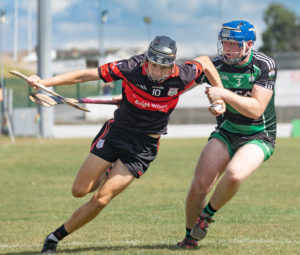 Mount Leinster Rangers’ Evan Kealy gets by Bagenalstown Gaels’ Darragh Nolan during the county semi-final. Both young men were named in our team of the year and clearly have big futures ahead of them
Photo: michaelorourkephotography.ie

His contribution during the group stages of the championship which  included 0-8 (5fs), 1-8, 0-10(fs) and  2-6 (1-4fs) signalled him out as one of the outstanding marksmen of the championship. You can never say it for certain but these stats suggest the young Rangers forward is set for a long and successful hurling career. 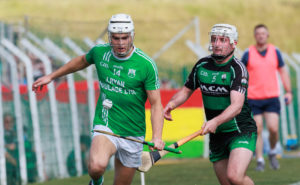 Paddy Boland was a standout performer for St Mullins this year
Photo: michaelorourkephotography.ie

He made his mark in the county final of 2019 scoring 1-1 and there would have been an extra degree of pressure on him this year to continue to perform. This he did and in the group stages  he scored 0-7 from play against Bagenalstown Gaels in a narrow win. He posted 0-2 in the final and was one of the key players for his club as they won yet another senior hurling crown. 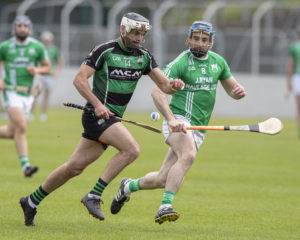 He is a noted free-taker but there is a lot more to his bow  where his speed and agility forces defenders to commit fouls from which he invariably punishes them. His contributions in group games includes 1-3, 1-5 and 0-10 which makes him one of the stand-out forwards of the championship. 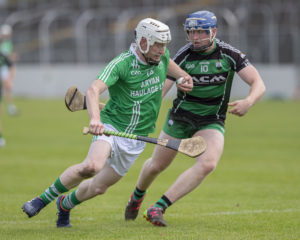 He is probably one of the unsung heroes in the St Mullins team that but his contributions included  1-4, 0-2 and 1-1 in previous rounds. He went on to make the 2022 county final his day where he registered 2-6 to take the Man of the Match Award in an unforgettable day for the player and his club. 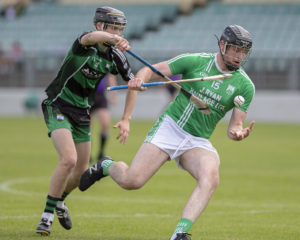 St Mullins ended as county champions but would they have ended made the final without the inspirational John Doyle’s performance in the semi-final? His catch which led to a free which ended as the winning score against Ballinkillen was a season changing moment
Photo: Thomas Nolan

He is always good for at least a couple of points a game but it was his contribution in the semi-final where he earned his keep this year. With the game on a knife edge he scored a vital goal for his club and then used his strength and ability to draw the match winning free. He is big,  strong and has tremendous hurling ability where this combination serves his club and county well.

Others to catch the eye

By and large it was a hugely successful senior hurling championship with some outstanding team and individual performances. JP Tracey might be well-known in his own club but he made observers in other parts of the county stand up and take notice in 2022. For St Mullins Conor Kehoe is just getting better and better and will covet his first senior medal this year. Some players never lose their class and Dwain Kavanagh and Jack Kavanagh fall into this category. How does one leave the likes of Paul Doyle (St Mullins) and Sean Murphy (Ballinkillen) out but that was the standard set by others this year.