Department of Agriculture issues new regulations due to avian flu 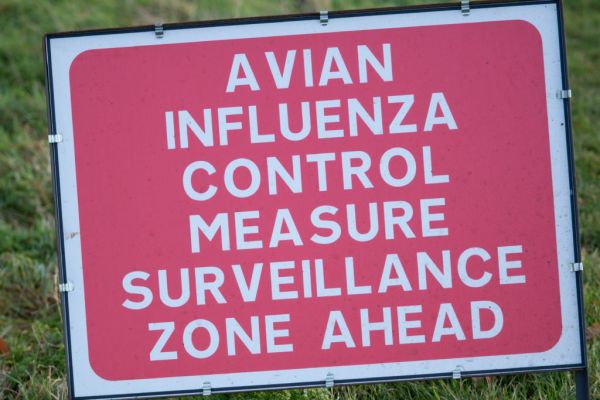 The Department of Agriculture has issued new regulations for bird and poultry owners, due to the threat of avian flu.

Since July of this year 60 cases of bird flu were confirmed, mainly in the ‘wild bird’ population.

Last year, the issue was prevalent in the Cavan/Monaghan Region, but it has now spread to the south of the country.

The Department said the regulations require specific biosecurity measures to be implemented by the keepers of all poultry (and other captive bird) flocks, irrespective of size, to help mitigate the risk of infection of their poultry.

In respect of flocks of 500 birds or more, the implementation of further enhanced biosecurity measures by flock-owners.

They said all poultry flock owners should remain vigilant for any signs of disease in their flocks, maintain strict biosecurity measures and report any disease suspicion to their nearest department Regional Veterinary Office.

“Bird flu would be cyclical, and we usually see larger outbreaks in the winter as migratory birds move south and bring the virus with them.”

He said they are seeing a lot of dead gannets along the coastline in Cork or Kerry.

It comes as yesterday, Wexford County Council urged locals not to touch dead wild birds over fears of avian flu

The local authority also called on people not to go near birds that are exhibiting flu like symptoms.

It has asked for sick or fallen birds locations to be reported to the council offices.

Wexford County Council has put a system in place for the safe disposal of the animals’ remains.

The council said: “High Incidence of Bird Mortality in Co. Wexford. Please do not approach, move or handle in any way. Report to Avian Influenza Hotline on 01 6072512 and to Wexford County Council on 053 9196000, extension 5.”