Hacketstown pupils ‘break for the border’ 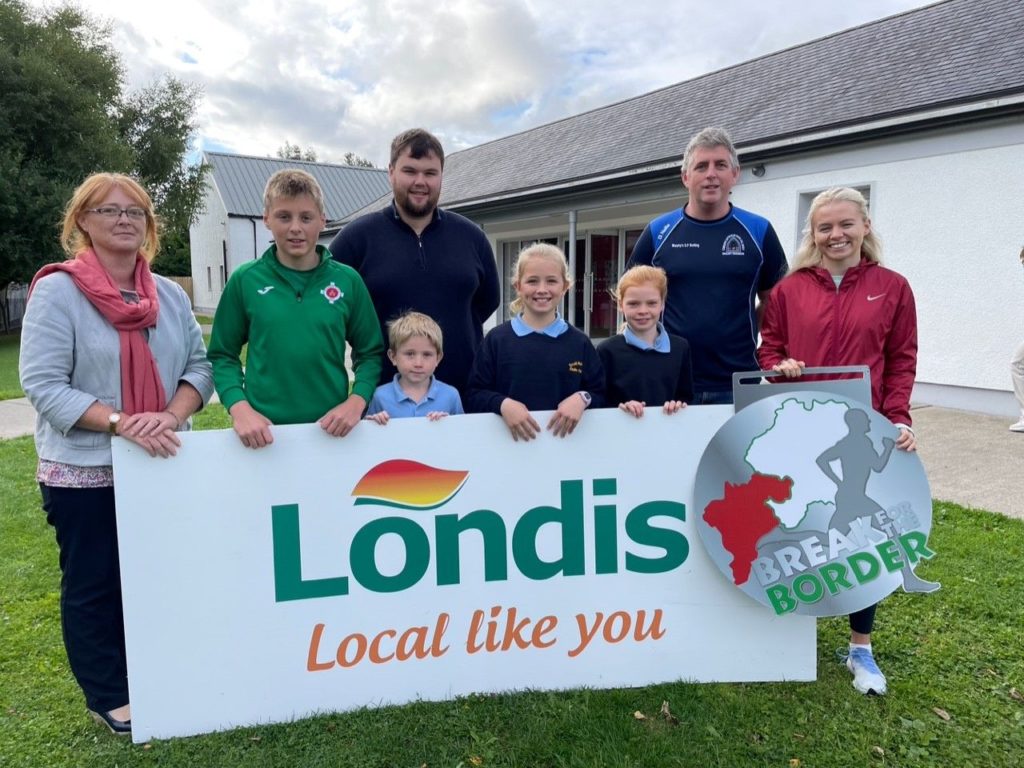 EXCITEMENT is in overdrive for over 150 students of St Joseph’s NS, Hacketstown as they look forward to taking part in the school’s annual fundraising event Break for the Border on Friday 7 October in the school grounds.

“Every child took part in the race and was presented with a customised Break for the Border medal and received goodie bags sponsored by O’Reilly’s service station, Hacketstown. O’Reilly’s are back on board this year and continue to offer huge support to the local school.

“We are also delighted to have Irish athlete Molly Scott back on board. Molly will be warming up the pupils in preparation for this year’s race and presenting the medals,” said Barry.

“She is a fantastic role model for all pupils in the school,” he praised.

This year’s medals have been sponsored by Londis, who are a huge support to the local community.

“Over 40 local businesses continue to support the event year-on-year, which raises much needed funds for school equipment. The support of Londis, O’Reilly’s service station, parents, friends, family and local businesses make this annual event a huge success. We are looking forward to an exciting display of athleticism on 7 October,” she added.