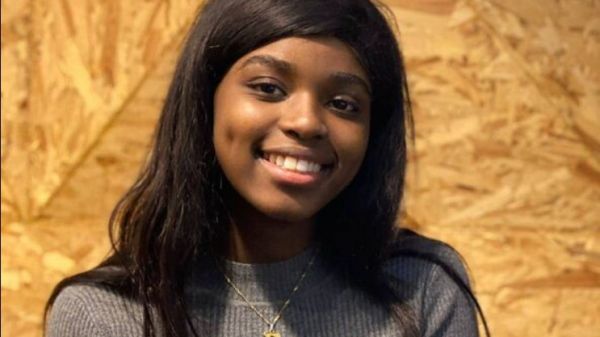 A young Irish medical student promised a place in a university by the Government after she was forced to flee Ukraine last February has yet to be offered a place.

Thousands of third level students have returned to their courses this month already and CAO offers have been made to those who sat their Leaving Cert this year.

Racheal Diyaolu, a 19-year-old Carlow woman, had been trapped in the university city Sumy for several days when the invasion started and was unable to leave. The medical student was eventually rescued by two Scottish gardeners who took her out of the city.

Minister for Higher Education Simon Harris announced last March that all Irish students forced to leave Ukraine will be facilitated to continue their studies here. There are 48 students eligible.

The young woman was also honoured by Carlow County Council for her heroic efforts to flee Ukraine and she appeared on The Late Late Show detailing her experiences.

Now Carlow town councillors are writing to Mr Harris seeking answers as to why Ms Diyaolu has not been given a university place.

Speaking on local radio station KCLRFM, Ms Diyaolu said: “We [students] were re-assured by Minister Simon Harris that we would be allowed [to continue] our education after having to leave Ukraine because obviously that was a stopping block to continue with our medical degrees.

“We’ve spent the spring and summer waiting for further information as to when we would start but communication has been few and far between. Whenever we did get communication it was very vague and brief and not really what we were expecting and hoping for, or promised.

“Now we’ve been told that we would be given non-degree modules, like temporary students but not official students at universities and it’s not what we had hoped for.

She said the Government made a promise which they have not fulfilled.

“Seeing that this late [situation] has occurred it has removed options for us such as applying through the CAO. This has left us with very few options and it’s left me in limbo. I genuinely don’t know what I’m going to do,” Ms Diyaolu said.

The teenager had been told by the minister’s office that if she and the other students wanted to choose another course as a back-up when they returned here they could. Ms Diyaolu did as a “safety net” option.

People Before Profit councillor Adrienne Wallace raised the issue at a district council meeting in Carlow on Thursday evening after hearing that she has been left in limbo.

Cllr Wallace said: “This is a young woman who is quite inspirational. She’s been through so much and has great aspirations for her own future. So to hear that she has been left in limbo, it looks to me that the Government made promises that they couldn’t keep and I just thought that really is unacceptable.”

A Department spokesperson said: “An outstanding issue remains the facilitation of students on clinical placement. Engagement is continuing with the Department of Health and the HSE.

“Following extensive engagement with Irish Medical Schools, displaced students will be facilitated in Irish Universities to continue their Ukrainian studies.

“This will allow students to attend lectures and practical training. Irish Medical Schools will deliver assessments and will support students in completing their programmes.

“This scheme will help to support the continuation of their learning in the short term.”

The spokesperson added that the Department and the Irish medical schools recognise that the war in Ukraine has interrupted teaching in many of its universities, directly impacting the third level sector, and in many instances the training of medical students.