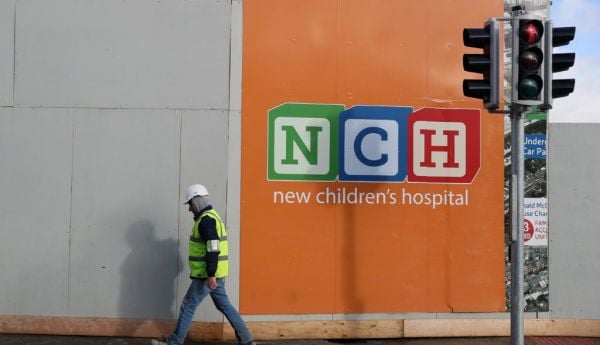 Over €1 billion has already been spent on the new national children’s hospital, despite almost 18 months to go before building work will finish at the site at St James’s Hospital in Dublin.

The original cost for the new hospital was originally set at €800 million in 2014 – before ballooning to €1.4 billion four years later.

In correspondence to the Public Accounts Committee (PAC), the Department of Health confirmed €1 billion – or three quarters of the construction budget – had already been spent, according to The Irish Times.

A note to the PAC accompanying a letter from Department of Health secretary general Robert Watt says that a definitive update on the costs cannot be provided.

It says this is “due to the fact that we are talking about a live contract and speculation on any costs will be detrimental to the Development Board’s commercial engagements.”

The spending watchdog’s chair, Brian Stanley, told a meeting of PAC on Thursday that the latest update was concerning given the project potentially has another three years to go until completed.

The project at St James’s Hospital has suffered a number of delays, while the main contractor has made claims for additional costs of €500 million.