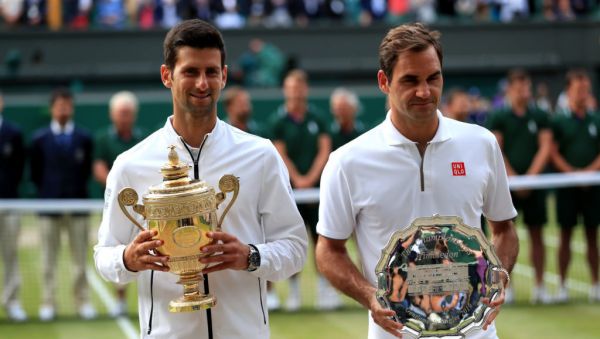 Federer revealed on Thursday that he will call time on his professional career at the age of 41 after next week’s Laver Cup in London.

Djokovic will also be part of Team Europe at The O2, with the big four of the Serb, Federer, Rafael Nadal and Andy Murray reuniting one last time.

Federer and Djokovic faced each other 50 times between 2006 and 2020, including in five grand-slam finals, and the latter wrote on Instagram: “Roger it’s hard to see this day and put into words all that we’ve shared in this sport together.

“Over a decade of incredible moments and battles to think back on. Your career has set the tone for what it means to achieve excellence and lead with integrity and poise.

“It’s an honour to know you on and off court, and for many more years to come. I know that this new chapter will hold amazing things for you, Mirka, the kids, all your loved ones, and Roger fans still have a lot to look forward to.

“From our family to yours, we wish you much joy, health, and prosperity in the future. Looking forward to celebrating your achievements and seeing you in London.”

Serena Williams welcomed Federer to the “retirement club”, with the two greats bringing their careers to a close within a couple of weeks of each other.

Williams, who bade farewell in emotional scenes at the US Open, wrote on Instagram that she was among the “millions and millions” of people Federer had inspired throughout his 24-year career.

She said: “I wanted to find the perfect way to say this, as you so eloquently put this game to rest – perfectly done, just like your career.

“I have always looked up to you and admired you. Our paths were always so similar, so much the same. You inspired countless millions and millions of people – including me – and we will never forget.

“I applaud you and look forward to all that you do in the future. Welcome to the retirement club. And thank you for being you.”

Venus Williams, who is still playing at the age of 42, said on Instagram: “The greatest ever. Miss you already.”

Federer made the announcement via a letter posted on social media, accepting defeat in his bid to recover from a third knee operation in 18 months.

“As many of you know, the past three years have presented me with challenges in the form of injuries and surgeries,” he said. “I’ve worked hard to return to full competitive form.

“But I also know my body’s capacities and limits, and its message to me lately has been clear. I am 41 years old. I have played more than 1,500 matches over 24 years.

“Tennis has treated me more generously than I ever would have dreamt, and now I must recognise when it is time to end my competitive career.”

Concluding the letter, Federer said: “I want to thank you all from the bottom of my heart, to everyone around the world who has helped make the dreams of a young Swiss ball kid come true.

“Finally, to the game of tennis: I love you and will never leave you.”

Tributes poured in from across the sporting world and beyond, which continued on Friday.

Nick Kyrgios wrote on Instagram: “No one will ever play the game like you. Enjoy it @rogerfederer …… was an honour.”

Coco Gauff added: “Thank you @rogerfederer for elevating the game in so many ways on and off the court.