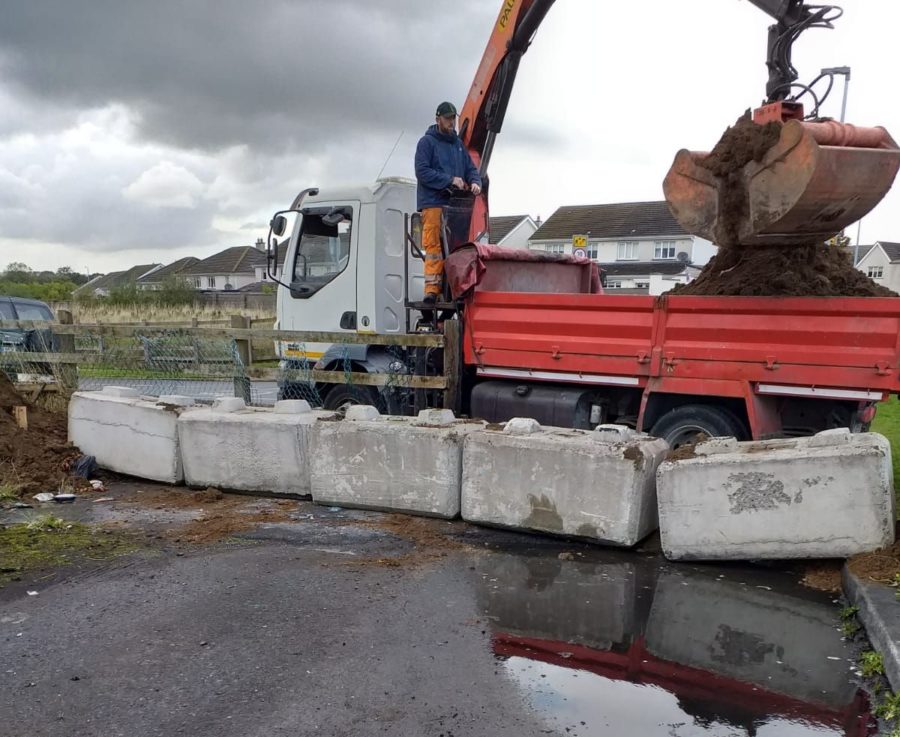 Contractors block the entrance to the land in Graiguecullen last week

THERE was collective relief in Graiguecullen when the last caravans that illegally occupied land departed last week following a High Court order.

At its peak, there were 52 caravans on the site at the back of Fairgreen Manor, Carlow.

The entrance was blocked off last week to prevent further access, while a boundary fence is to be repaired.

The land has been earmarked for over 200 homes and a nursing home and developer Paddy Kehoe of Salzagold Ltd said it had been a difficult period.

“It’s tough, you have a lot of neighbours there and innocent people being adversely affected. You are trying to do the right thing for those people as well and you can be restricted in the courts. It’s not easy.”

Salzagold secured a court order after costly legal action and a notice of eviction was served in late July.

Aaron Kelly of Graig na hAbhainn, a Sinn Féin representative who had worked with Mr Kehoe, said there had been anti-social behaviour, intimidation and other activities that had caused great distress locally.

Speaking of the latest development, he said: “It’s complete relief, the change in people. I have had numerous calls off different people. There were people who couldn’t sleep at night.”

It’s believed those that occupied the land consisted of people from the UK and Offaly, while some also had local connections. The first group arrived in March, but more and more caravans arrived during the summer.

Mr Kelly added: “They were not your typical travellers; they were a bad bunch.” 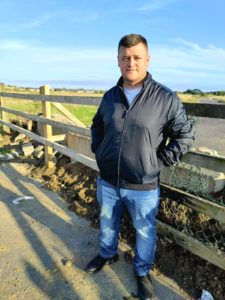 Mr Kehoe added that it had not been possible to resolve the matter outside the courts.

“These guys know the law better than we do,” he said.

Mr Kehoe said Mr Kelly and local councillors had been helpful in resolving the issue.

There was considerable rubbish left at the site after the caravans moved out, while the site bears the marks of large fires. Residents from Fairgreen Manor took part in a recent clean up.

“There were trees that had been cut down and burned,” said Mr Kelly. “The field was left in pretty bad condition now.”

A planning application by Salzagold for over 214 homes (190 houses and 24 apartments), a 110-bedroom nursing home and a creche is currently being assessed by Laois Co Council.  Separately, there is also approval on the same field for a new football pitch for St Fiacc’s FC.

“There is certainly a housing need,” said Mr Kehoe. “You can see the national figures and those in Carlow and Laois. We are not going to build 220 houses straight away; it will be phased to facilitate appropriate demand but there is a need there.”

Salzagold recently submitted further information to planners and it is hoped a decision will be announced by the end of the year. All things going well, Mr Kehoe said they hoped to break ground in 2023.

He added: “Hopefully, planning will come through and we can turn this into something decent and a real addition to the community.”