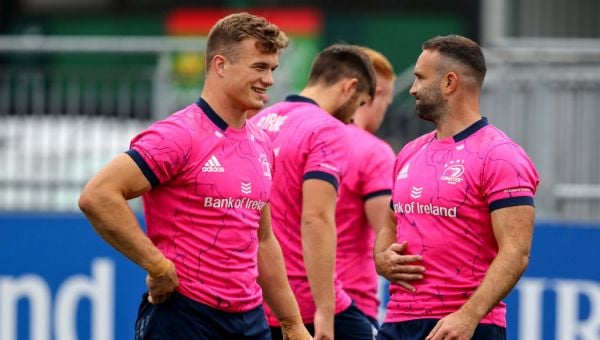 After two South African sides faced off in the inaugural United Rugby Championship final, the Irish provinces are looking to restore order this season.

Both Leinster and Ulster fell to the Bulls and Stormers respectively leaving both sides licking their wounds. It marked the first time since 2016 that Leinster had not won the competition.

Ulster start their campaign at home on Saturday night against Connacht, kick-off from the Kingspan is at 7:35pm.

Meanwhile, Leinster and Munster will start their season with away fixtures.

Leinster play Zebre In Italy on Saturday with kick-off at 1:00pm. Ross Byrne starts at 10 with Luke McGrath starting at scrum-half.

New signing Charlie Ngatai starts at outside centre for Leinster after joining this summer from Lyon.

Meanwhile, Munster will start their URC campaign with an away game against Cardiff. It will be the first competitive game from new head coach Graham Rowntree after the departure of Johann van Grann.

Ben Healy starts at 10 for Munster with Paddy Patterson starting alongside him at scrum-half.