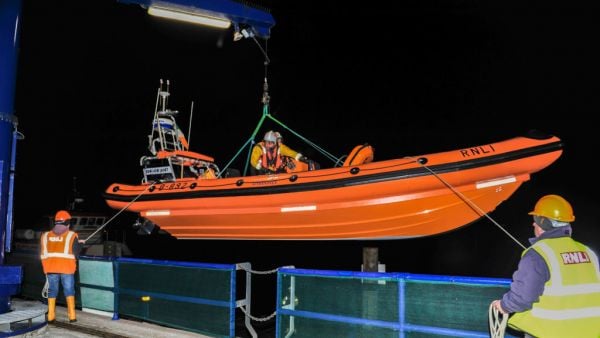 Four people, including children, were rescued off the coast of Cork on Saturday night by Crosshaven RNLI after suffering engine failure.

Valentia Coast Guard were alerted at 9.28pm on Saturday requesting the crew to attend a disabled 22 metre powerboat.

The boat had two adults and two children on board in Lough Mahon close to the R8 bouy.

The vessel had anchored clear of the shipping channel and requested assistance from the Coast Guard.

The volunteer crew of Ian Venner, Norman Jackson, Jonny Bermingham and David Venner were underway by 9.40pm and arrived at the casualty vessel at 10.15pm.

A tow was established and the casualty vessel was safely berthed at Monkstown Marina before returning to Crosshaven to be washed down, refuelled and declared ready for service once more at 12.15am.

Helm, Ian Venner said: “Whilst conditions were calm, the night temperature was very cold on the water and it was important to get the occupants ashore as quickly as possible.”