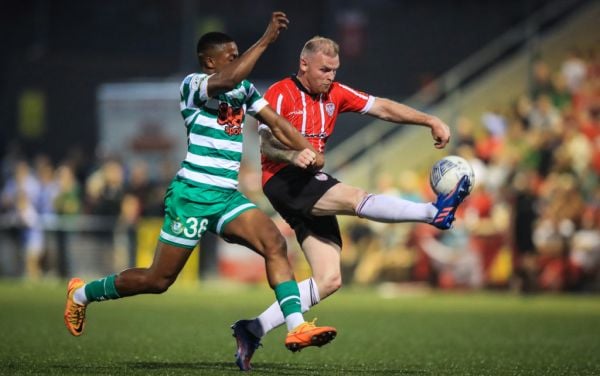 Dublin manager Dessie Farrell has confirmed that All Ireland winners Paul Mannion and Jack McCaffery will return to the intercounty panel next year.

29-year-old McCaffery stepped away from the Dublin setup in 2019 while Mannion walked away after helping the Sky Blues to the 6 in a row victory in 2020.

Speaking to DubsTV, Farrell said the duo’s return will be “a great help to the development and continuous evolution of the squad.”

Everton have their first win of the Premier League season after holding on to beat West Ham 1-0.

Manager Frank Lampard says it was good to see his players enjoy the moment with their fans.

While Arsenal are back on top of the Premier League after winning 3-0 at Brentford this afternoon.

They’re a point clear of Manchester City and Tottenham – who registered victories yesterday.

The 15-year-old Ethan Nwaneri became the youngest ever top-flight player, after coming on as a substitute for the Gunners.

Boss Mikel Arteta says his players did exactly what he asked of them.

Celtic lost 2-0 at St Mirren after a number of their supporters chanted against the monarchy during a minute’s applause for the Queen.

Manager Ange Postecoglou says it’s hard to say why his team were out of sorts today.

Elsewhere Hearts are up to third – five points behind Celtic – after winning 3-0 at Motherwell.

Here at home two goals in extra time have put Derry City into the semi-finals of the FAI Cup at the expense of Shamrock Rovers.

The top two in the Premier Division couldn’t be separated after it finished 1-1 in normal time.

Jamie McGonagle headed the homeside in front before Rory Gaffney got the Hoops back on level terms.

Goals from Danny Lafferty and Brandon Kavanagh gave the Candystripes a 3-1 victory and saw them progress to the last four.

Rovers played the majority of the game with 10 men after Lee Grace was sent off for a last man tackle.

Derry now play Treaty United in the last four at home while Shelbourne will travel to the RSC to take on Waterford in the other semi-final.

Shelbourne booked their place in the semi-finals earlier with a 3-0 win over rivals Bohemians.

The Reds are into the FAI Cup semi-finals.#DublinsFinest | #Since1895 pic.twitter.com/0ZQNfcadhY

Chelsea’s Women’s Super League title defence has started with a 2-1 defeat to Liverpool.

Two penalties from Katie Stengel helped the newly promoted side to victory on their return to the top-flight.

Manchester City’s hopes of taking the trophy off Chelsea suffered a blow as they lost 4-3 to Aston Villa in their opening game.

Tottenham began with a 2-1 win at Leicester, while West Ham beat Everton 1-0.

A final round 68 means Rory McIlroy recorded a 4th placed finish at the Italian Open this evening.

The Northern Irishman shot 3 birdies in four holes on the back nine to put himself in contention before a wayward drive on 16 ended his challenge.

The former world number one finished up 12 under par for the week and two shots off the lead.

Robert McIntyre just edged overnight leader Matt Fitzpatrick in a playoff to be crowned champion for 2022.

There’s racing at Listowel this afternoon where the latest of the 7 races the Kerry Group Chase was won by Easy Game, a third on the day for the team of Willie Mullins and Paul Townend.