One in four drinkers are now binge drinking, data suggests 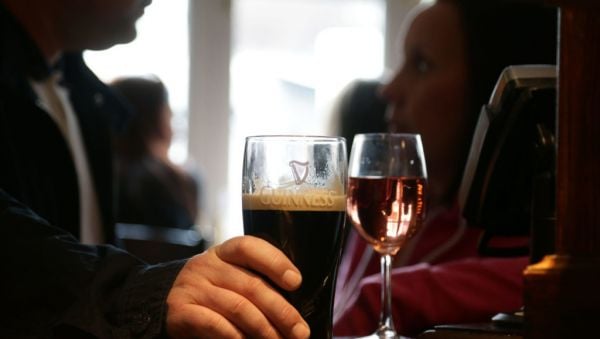 One in four drinkers are binge drinking, while more than half of the Irish adult population are drinking alcohol on a weekly basis, new data suggests.

The figures, released as part of the Drinkaware Barometer survey, found that 55 per cent of people who drink have engaged in binge drinking in the past 30 days, an increase of 20 per cent when compared with 2020.

The annual Drinkaware Barometer provides an overview of adults’ drinking behaviour in Ireland.

The report shows that Ireland’s cultural relationship with alcohol is shifting, however it stated that how people drink and when they drink is an “ongoing and rising concern”.

For the third year in a row, more than half of Irish adults were found to drink alcohol on “at least a weekly basis”.

The research, carried out by Behaviour & Attitudes in May/June 2022, reveals a complex relationship between Irish adults and alcohol.

The “at least weekly” consumption of alcohol remains high and the levels binge drinking continue to increase year-on-year.

Binge drinking is defined as the consumption of 60 grams of pure alcohol or six standard drinks in one sitting.

Some 27 per cent of Irish adults, when they do drink, are now typically binge drinking, the survey found.

The charity said the increasing levels of binge drinking year-on-year needs to be urgently addressed.

It also found that the motivations for why Irish people drink alcohol have shifted since the end of Covid-19 restrictions, with people now able to socialise freely.

The most cited motivations for drinking are social and enhancement (both are at 54 per cent), while coping – which was previously the main motivation – is now third at 51 per cent, down 20 per cent compared with 2021.

However, no improvement on the mental wellbeing of the Irish population was found despite the relaxation of restrictions.

It found a very low number of the population – just 26 per cent – reporting high mental wellbeing in stark contrast to pre-pandemic levels of 63 per cent in 2019.

Although the above findings clearly indicate cause for concern, significant positive findings suggest an important shift in the cultural expectancies regarding alcohol and the stated positive intentions from the public, the report said.

Half of respondents agreed that “drinking to excess is just part of Irish culture” – a dramatic drop from 75 per cent reported in 2019.

Some 30 per cent would like to drink less often and 35 per cent agreed they have already made small positive changes to their drinking habits in the past 30 days.

The top three influences to drink less were reported as physical health (63 per cent), personal finances (37 per cent) and mental health (32 per cent).

CEO of Drinkaware Sheena Horgan said: “As with any data relating to alcohol use, there are many contradictions – we are seeing both positive and negative results year-on-year through our annual barometer survey.

“The steady increases in consumption cannot be ignored, for the third year in a row over half of the Irish adult population are drinking alcohol on at least a weekly basis, and the levels of binge drinking are increasing, with a 35 per cent increase since the start of the pandemic.

“It is clear through our research that binge drinking has become the normalised drinking experience for Irish adults, and as a collective society we need to act.

“The data consistently reveals that, binge drinking is, regular, on the rise and normalised, and the time to act is now, if we want to curb these year-on-year increases.

“The positive shift in cultural expectancies is one that merits recognition of the awareness raising, educational, environment and policy measures that have taken place in recent years, with the caveat that of course much more needs to be done.

“The Drinkaware Barometer 2022 reveals opportunities for engagement with the public, policy makers and health stakeholders.

“The findings clearly outline where more work is needed – the amount we drink when we drink and the mental wellbeing of Irish adults are key areas of concern, however, we must leverage the positive intentions of the public and the notable change in our cultural expectations surrounding alcohol to support, empower and enable a societal shift regarding alcohol misuse.”