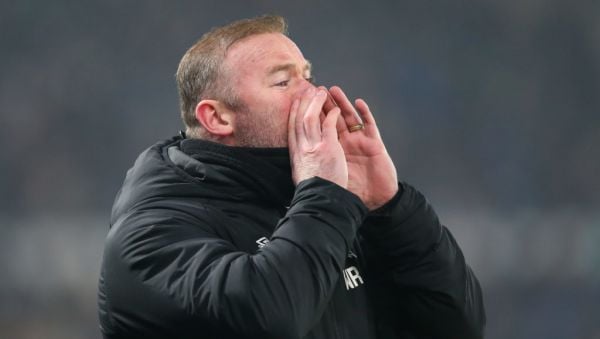 Wayne Rooney and Phil Neville had to deal with a racism storm after an ugly clash between two of their players in Major League Soccer overnight.

Play was held up for several minutes during Sunday’s encounter between Rooney’s DC United and Neville’s Inter Miami at Audi Field in Washington.

United forward Taxi Fountas was accused of racially abusing Inter defender Damion Lowe during an altercation between the pair in the second half.

DC manager Rooney and opposite number Neville, former Manchester United and England teammates, were both summoned to talk to referee Ismail Elfath after tensions boiled over on the pitch.

Neville discussed whether his players should leave the field during the four-minute stoppage, but play did eventually continue with Rooney substituting Fountas almost immediately.

“There was a racist comment that was unacceptable,” said Neville in his post-match press conference. “A word was used that I think is unacceptable in society. I think it’s the worst word in the world.

“There is no place at all for racism on a football field or society.

“I must commend my players for keeping their calm, I must commend the referee – (in) a really difficult situation he followed the protocols set out by the MLS – and I must give massive, massive respect to Wayne Rooney for dealing with it in the way that he did.

We stand united on and off the field. pic.twitter.com/pC3Yg7THpM

“I have always known him as a class act and today he went up in my estimation more than he has ever done, more than any goal he has ever scored.”

The alleged incident occurred in the 59th minute as Greece international Fountas, who had scored moments earlier, got involved in a scuffle with Lowe and the situation escalated.

The matter is being investigated by MLS.

A spokesman told ESPN: “MLS has zero tolerance for abusive and offensive language and we take these allegations very seriously. An investigation into this matter will begin promptly.”

A DC United statement added: “DC United are aware of the allegations involving a player during the match against Inter Miami CF. The club will work closely with Major League Soccer and Inter Miami to investigate the incident.”

Referee Elfath is quoted as saying that neither he nor any of the onfield officials heard a racial slur being used, while the incident was also checked by VAR.

Miami went on to win the match 3-2 with a late goal from Gonzalo Higuain.