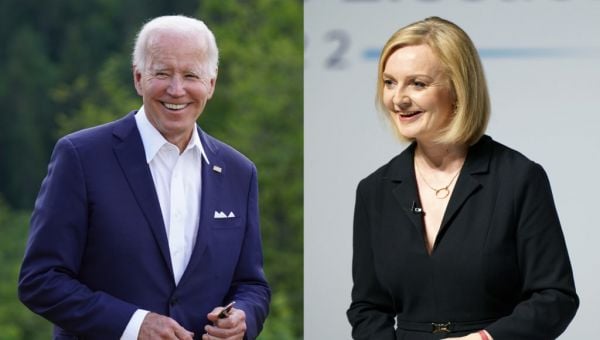 Mr Biden “will encourage the UK and the European Union to work out a practical outcome that ensures there is no threat to the fundamental principles of the Good Friday agreement,” Mr Sullivan said, speaking of the 1998 agreement that paved the way for peace in Northern Ireland.

Meanwhile, new Northern Ireland Secretary Chris Heaton-Harris has said the prospect of him calling a pre-Christmas Assembly election is not an “idle threat”.

Mr Heaton-Harris has also urged people to judge him by his actions and words, rather than his reputation, as he continued his meetings with Northern Ireland political party leaders.

It came after Ulster Unionist leader Doug Beattie called the prospect of a winter Assembly election while people are struggling with a cost-of-living crisis “absolutely diabolical”.

Mr Heaton-Harris met with Mr Beattie in Belfast on Tuesday and had a phone conversation with Alliance Party leader Naomi Long.

Among the subjects discussed were the cost-of-living crisis, the absence of an executive at Stormont and the post-Brexit Northern Ireland Protocol.

The DUP is blocking the functioning of the power-sharing institutions in Belfast as part of the party’s protest against the trading arrangement. – Additional reporting from Press Association