Budget must aim to ‘turn off the tap’ of people entering homelessness, says charity 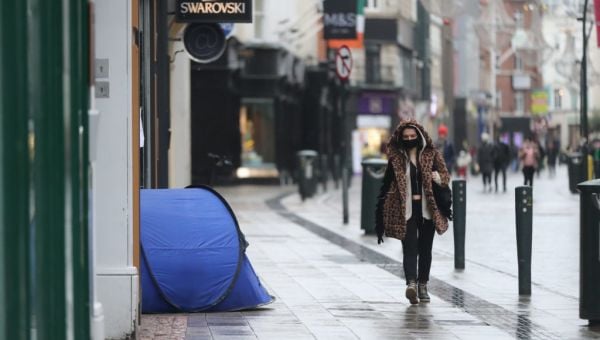 The forthcoming budget will be critical to “turn off the tap” of people entering into homelessness, the chief executive of homeless charity Depaul, David Carroll has said.

The Government has the power to introduce supports to ensure people do not have to choose between rent, heat or food, he told RTÉ Radio’s Morning Ireland.

Mr Carroll was commenting on Depaul’s annual report which highlighted a complete “slow down” in the ability to move people on from temporary accommodation to permanent accommodation.

The report also noted a rise in the number of women who are homeless, with 25 per cent of Depaul’s service uses now being women.

The all-island charity assisted 3,670 people in 2021, with Mr Carroll describing it as a “monumental year”.

Of the total figure, 2,848 were adults and 822 were children, while 479 families used Depaul’s services during the year.

Eight babies were born in the charity’s services, and 822 children facing homelessness were helped in 2021, up from 772 during the previous year.

Despite all the challenges following the Covid-19 pandemic, the charity managed to accommodate 490 people, however, this was down 14 per cent on 2020’s figure.

The charity also saw more women with “chronic and complex” issues entering into homelessness, noting they are vulnerable to exploitation particularly if sleeping rough.

There was also an increase in the number of single people seeking support, which was hugely concerning, Mr Carroll said.

“They are probably the most difficult group to move on. There are two specific options available to single people- the private rental sector but also social housing. But in 2022 we are finding huge difficulties in providing longer term solutions nationally for that group.”

There was no reason why people should be entering into homelessness due to economic reasons, he added.

However, Mr Carroll warned there was concern the situation could get worse in the coming months on account of the cost-of-living crisis.

“Government has the power to make sure that people don’t have to choose between rent, heat or food.

“We’re calling for specific measures that offer tax incentives to renters but also creating a specific fund, a hardship fund for people who run into rental difficulties,” Mr Carroll said.

“The next couple of weeks it’s absolutely critical that we think about those people who may come into homelessness and turn off that tap as best we can.”