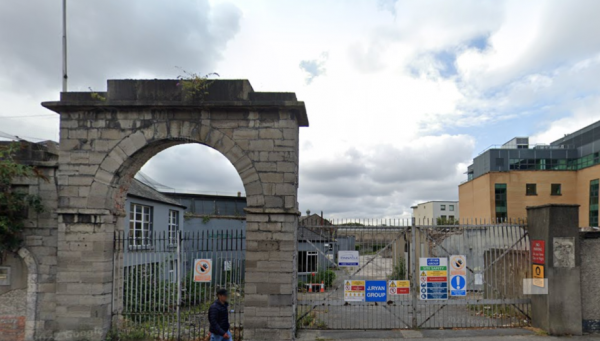 A court order directing everyone alleged to be illegally occupying a Dublin building to vacate the property is being “flagrantly” breached, the High Court has heard.

Last week the High Court granted the owners of Parkgate House in Dublin 8, financial fund Davy Platform ICAV, acting on behalf of its sub-fund, the Phoenix Sub-fund, and Ruirside Developments, which is to develop the site into 519 rental units and other amenities, an injunction requiring the building to be vacated.

The court had previously heard that the derelict property had been illegally taken over by members of a group calling itself “The Revolutionary Housing League”, which had been using the building to provide accommodation for the homeless.

On Tuesday Stephen Byrne BL, for the plaintiffs, said that there had been “a flagrant breach of” and “non-compliance with” the injunction requiring all persons in occupation of the property to leave.

He said that not only was illegal trespass and occupation continuing on the premises, but last weekend a concert with live music attended by approximately 200 persons was held at the venue.

Those in occupation charged attendees €20 each to attend the event.

Counsel said that arising out of this his client’s insurance cover for the building has been withdrawn by the insurer. He said his clients have serious health and safety concerns about the building and6 say that it is not suitable for accommodating persons.

The court heard that the concert was conducted by the RHL and featured bands including ‘Peer Pleasure’ and ‘Meryl Streak’.

The event featured on social media, and the plaintiffs believe that persons in occupation and the RHL have no intention of complying with the High Court order.

Mr Byrne said that due to the breach of an injunction his clients are seeking an order for the attachment and possible committal to prison of anyone found to be in contempt of court.

The matter was now urgent as he said there were fears that another event maybe held at the venue next weekend.

The issue was briefly mentioned before Mr Justice David Holland.

The judge said he was satisfied to grant the plaintiffs permission, on an ex-parte basis, to serve short notice of the attachment and committal application on the defendants.

Mr Justice Holland made the matter returnable to Thursday’s vacation sitting of the High Court.

The plaintiffs claim that members of the RHL have barricaded themselves into the building and have refused to leave.

Arising out of this failure to vacate the premises, the plaintiffs’ brought proceedings against persons including Sean Doyle, Diarmuid Breatnach as well as all persons in occupation of the building.

The property was formerly operated by a fabric wholesalers Hickey and Company Ltd which vacated the site two years ago.

It was claimed the building was illegally occupied since late August when banners were seen hanging over the side of the property that adjoins the River Liffey and that the defendants had “barricaded themselves into the property”.

Representing himself Mr Doyle had opposed the application for the injunction.

He said that the building had been acquired, was renamed Ionad Sean Heuston, and was being used to help homeless persons of all nationalities during a time of a homeless crisis.

Quoting James Connolly, Mr Doyle said that “We believe in constitutional action in normal times; we believe in revolutionary action in exceptional times.”

Mr Breatnach was not in court and no submissions were made on his behalf.

Another man, Mark McDonald, told the court that he had been staying at the building with his pregnant partner.

He said that they had been sleeping on the streets for some time and gave details of the severe problems they had encountered including being robbed of the few possessions they have and were the subject of violent assaults.

Mr McDonald said he and his partner had nowhere to go and would be back on the street if they had to leave the property.
The plaintiffs sought the injunction on grounds including that the occupation will prevent them from carrying out any further works at the site, and that the occupation would result in the insurer removing its cover.

The occupation had also delayed plans to redevelop the site.