Father to plead guilty to assaulting and mistreating three-year-old 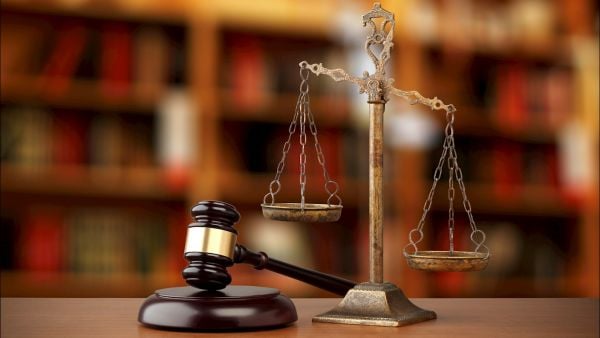 A 38-year-old father of four has told the State that he is to plead guilty to wilfully assaulting and ill-treating his three-year-old son in an incident last year.

At Kilrush District Court today, the man was sent forward for trial to the next sittings of Ennis Circuit Court after the Book of Evidence was served in the case.

Solicitor, Joseph Chambers for the accused told Judge Mary Larkin “can you note on the return to trial judge that my client has indicated a plea of guilty and this has been notified to the State already”.

Sgt Aiden Lonergan told the court “that is correct judge”.

Judge Larkin said “that has been noted”.

In the case, the man is to plead guilty to wilfully assaulting and ill treating a child in his care in a manner likely to cause unnecessary suffering or injury to the child’s health on August 17th, 2021 contrary to Section 246 of the Children’s Act 2001.

The case is going forward to the circuit court after Judge Larkin declined district court jurisdiction in the case in June.

After hearing an outline of the evidence against the accused, Judge Larkin stated in June that “a defenceless” three-year-old boy was the subject of a “vicious assault” by his father.

Judge Larkin made her comment after viewing photographs of “the extensive bruising” of the boy’s lower back and buttocks.

Judge Larkin said that she has evidence “of an extraordinary and vicious assault” on the child.

At that hearing, Sgt Louis Moloney told the court that the Director of Public Prosecutions (DPP) had consented to the summary disposal of the case in the district court on a guilty plea only.

However, after an outline of the facts and examining photos of the injuries, Judge Larkin has deemed the case “so serious that I am refusing jurisdiction”.

In the circuit court where more serious penalties apply.

Giving an outline of the facts in June, Garda Mícheál O’Gorman  said that a sister of the accused presented the then three-year-old to a local GP “with extensive bruising to lower back and buttocks” and the matter was referred to Gardai.

Garda O’Gorman said the accused was left in charge of his four children on August 17th, 2021.

He said that when changing the child’s nappy the following day, the man’s sister noticed the bruising, and she confronted the defendant.

According to Garda O’Gorman, the defendant said he had become frustrated and to stop the boy from crying had smacked him three or four times with his open palm.

Mr Chambers said that his client is in a better place mentally now.

The accused was sent forward on the same bail terms to Ennis Circuit Court next month.