Grocery price inflation at highest level in more than 14 years 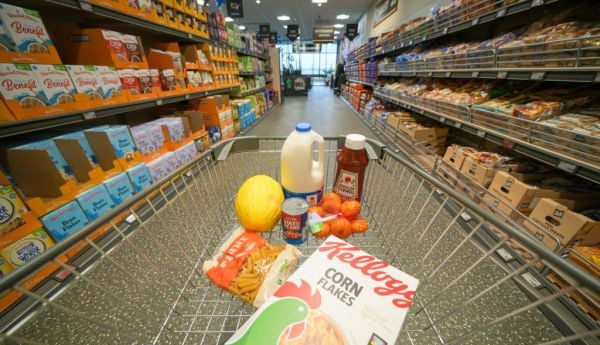 Grocery price inflation is at the highest level in more than 14 years, the latest market share data by Kantar has shown.

The cost of groceries is up by 11 per cent when compared to the same 12-week period last year – the highest increase since Kantar began to track grocery price inflation in May 2008.

In the four weeks to September 4th, the price of back-to-school essentials (bread, ham, cheese, yoghurt, cereal and milk) rose by 19.5 per cent, making a basket of these staples €2 more expensive.

The most basic items saw some of the biggest jumps according to Kantar, with bread up 20 per cent, ham up 12 per cent, milk up 26 per cent and yoghurt up 17 per cent.

Collectively, shoppers spent an additional €17 million on these products compared to the same period last year, driven entirely by price as volumes were down 6 per cent.

Take home grocery sales in Ireland increased by 1.8 per cent in the 12 weeks to September 4th, thanks mostly to a 7.8 per cent increase in average prices.

Commenting on the findings, Emer Healy, senior analyst at Kantar, said: “As food and drink prices continue to climb alongside increasing pressure on other household bills, the impact is unavoidable for many Irish consumers.

“The average annual grocery bill could go from €6,985 to €7,753 – that’s an additional €768 a year that Irish consumers will have to spend if they do not make any changes to what they currently buy or where they shop.”

Kantar’s latest market share data for grocery retailers found that Dunnes (22.3 per cent value share) saw growth of 7.2 per cent year-on-year, helped by an influx of new shoppers (up 4.7%), and an increase in shopping trips (up 1.7 per cent). Dunnes traditionally performs well at back-to-school times and experienced strong own-label growth of 13 per cent year-on-year.

Tesco sits at 21.9 per cent share, with sales up 3.9 per cent compared to last year as shoppers return to store more often (6.6 per cent), while SuperValu (21.4 per cent share) continues to attract more trips than any other retailer, with an average of 21.5 trips made in the last 12 weeks.

Lidl holds 13.2 per cent share growing 3.5 per cent year-on-year, while rival low-cost retailer Aldi sits at 12.7 per cent share an increase of 1.4 per cent as a result of existing shoppers retuning to store more often.

In the latest 12 weeks, sales of own-label products are up 5.8 per cent, representing an additional €72 million year-on-year. Value own-label ranges, the very cheapest products in the range, saw even stronger growth up 21.4 per cent compared to the same period last year as shoppers spent an additional €10.2 million.

The cost-of-living crunch has also encouraged an influx of new shoppers to go online. In the last four weeks alone, volumes were up as shoppers increased their packs per trip by 2.9 per cent contributing an additional €6.8 million to the overall market performance. More than one-in-10 Irish shoppers (12 per cent) now purchase their groceries online, Kantar found.