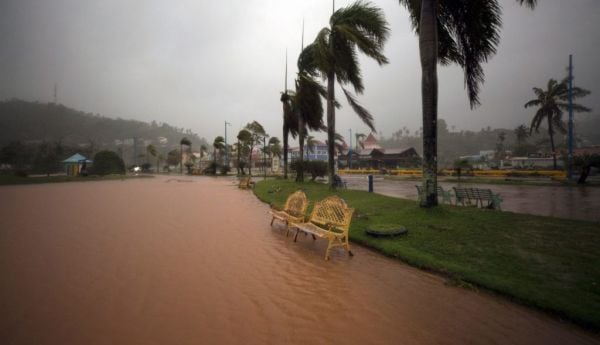 An Irish mother and daughter who were stranded in the Dominican Republic when Hurricane Fiona made landfall on Monday have been evacuated from their hotel.

Zara Doyle and her mother, Joanne, had been on holiday in the Caribbean country since Friday last week to celebrate her 21st birthday.

The pair from Graiguecullen in Carlow town were caught out by the hurricane as it was forecast to be a tropical storm off the coast.

However it was upgraded to a hurricane category one by the US National Weather Centre.

Up to 30 inches of rain was forecast for the eastern part of the country where the pair were staying in the Secrets Cap Cana resort just outside of Punta Cana, which was in the eye of the hurricane.

Standing 3hrs in the exposed hotel lobby waiting to be evacuated due to structurally unsafe buildings. The ceilings lights and glass barricade falling. One lady already broken her leg waiting in the queue. Long night ahead

The veterinary student posted on Twitter late on Monday night that they along with other English and American tourists were being evacuated from their hotel, but that it was not without its problems.

She said: “Standing three hours in the exposed hotel lobby waiting to be evacuated due to structurally unsafe buildings. The ceiling lights and glass barricade fell. One lady already has broken her leg waiting in the queue. Long night ahead.”

Ms Doyle revealed on Monday that they would not be able to leave the country “until Wednesday at the earliest. We had no idea this was going to happen.”

She told KCLRFM radio: “Everyone we asked here kept telling us it was going to be fine and it (hurricane) never hits here and that it will be off out into the ocean. But by Sunday the winds were already too high to get a plane out of here.”

She said their bedroom was on the fourth floor of the hotel but the wind was blowing so hard that the balcony doors were shaking and the foyer was flooded.

“The air con is after falling down out of the roof and there are leaks everywhere. The hurricane sirens are going off every few minutes.”

A Department of Foreign Affairs spokesperson said they are aware of the case of Zara and Joanne Doyle and are providing consular assistance.