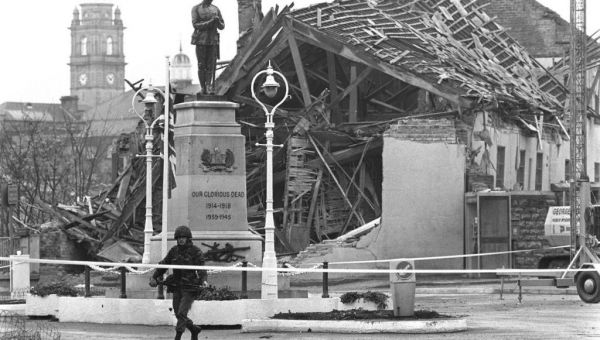 A controversial UK Government Bill aimed at addressing the legacy of Northern Ireland’s troubled past can be improved, the new Secretary of State has said.

There is almost universal opposition to the proposed legislation which would see an effective amnesty offered for people accused of Troubles offences as long as they co-operate with a new truth recovery body.

It is also set to halt future civil cases and inquests linked to killings during the conflict.

The Northern Ireland Troubles (Legacy and Reconciliation) Bill has already been through the House of Commons and is now set for consideration by the House of Lords.

Chris Heaton-Harris, who was appointed as Northern Ireland Secretary earlier this month, said there is “no ideal solution on legacy”.

“I know there is no ideal solution on legacy.”

Responding to a question on how soon he will tackle calls to see abortion services rolled out across the region, and address language rights, Mr Heaton-Harris said they will be moved forward.

He said Northern Ireland Office minister Lord Caine had previously written to Stormont Health Minister Robin Swann to ask that abortion services are commissioned, adding that is being “followed up”.

“I will be talking about this quite a lot in the coming days and weeks,” he said.

Mr Heaton-Harris said the identity and language Bill has passed through the House of Lords and is set for consideration in the House of Commons.

“So all these things will move forward as well as the (Northern Ireland) Protocol,” he said.

He pointed out that just 44 hours had passed after he was appointed Northern Ireland Secretary of State before the news that the Queen had died was announced.

“It feels like this is realistically just my third day in the role, but it’s given me an opportunity to meet lots of the political leaders without a political agenda, and so I think I am beginning to understand the politics of lots of these issues a lot better than I did before,” he said.

Mr Heaton-Harris also said he had been impressed at how the people of Northern Ireland had come together “in such a respectful way”.

“I think it means that there is a bit more positivity in the conversations that are going about,” he added.