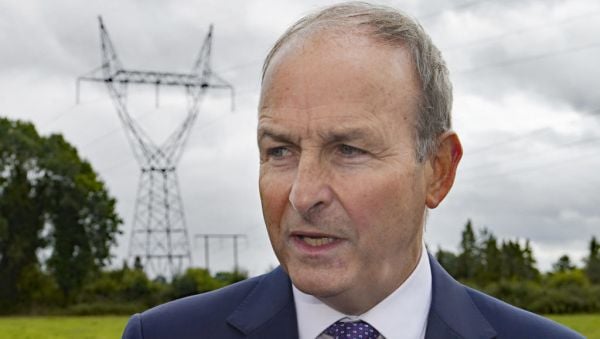 The Taoiseach has accused the Sinn Féin leader of “not telling the truth” about the changes being made to the State pension.

The Fianna Fáil leader made the comments in response to Mary Lou McDonald who claimed the Government was trying to move the pension age to 70 “by stealth”.

Social Protection Minister Heather Humphreys on Tuesday announced a tiered pensions system that will come into effect in January 2024, where people can draw down their State pension at any point between 66 and 70.

People will receive a higher weekly pension payment for each additional year they work.

Ms McDonald said people across the country were “alarmed and anxious” about the Government changes to the pension system.

Mr Martin said: “You are not telling the truth In terms of your presentation that you just presented to the house… the pension age will not rise beyond 66.

“Basically, under this system, people will still be able to retire at 66, pull down their full pension in exactly the same way as they can today.”

The Fianna Fáil leader told the Dáil that Sinn Féin in Northern Ireland had voted to increase the pension age to 66 in the North.

“I don’t know how you do it. I mean it’s a spectacular feat that you pull off.”

Mr Martin said the Government was “creating choice” for people “because people always seek choice in terms of their pension options and in terms of the state pension”.

He accused Ms McDonald of being “desperate” for votes.

“I know you’re desperate to win more and more votes, become more popular than ever. But do not, do not put that one out there,” he said.

“Don’t tell that basic untruth that somehow the pension age isn’t staying at 66 when you know, full well that the Government decision today and I repeat, people will still be able to retire at 66, draw down their full pension in exactly the same way as they can today.

Ms McDonald told the Dáil during Leaders Questions: “The cat is out of the bag. You want people to work until the age of 70.

“I suppose this won’t come as any surprise to anybody after all, you are in the parties who are hell bent on raising the pension age to 67 and then 68 until the weight of enormous public pressure made you climb down.

“However, instead of doing the right thing and bringing forward a progressive and fair policy, you now present a ploy to force people into working until they’re 70 years of age with the promise of then having a decent standard of living, retire at 70 for an extra 60 euro in pension… Taoiseach this is a scam.

“The pension deferral that you propose means in reality that you will take thousands of euro in pension payments from workers payments that they would now currently have as of right.”