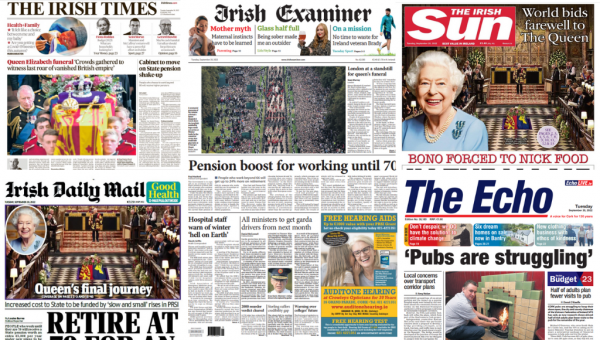 The Irish Examiner reports ‘London at a standstill for queen’s funeral’ held on Monday, alongside a piece on plans to increase pension payments for those who decide to continue working until they are 70.

The paper also reports that hospital conditions have been described as ‘hell on earth’ by the president of the Irish Association of Emergency Medicine. 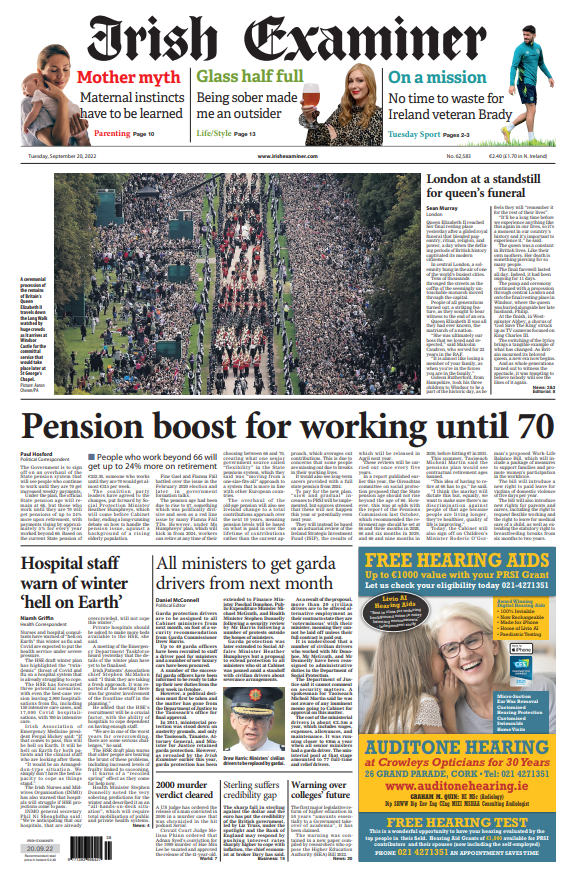 The Echo, meanwhile, leads with ‘Pubs are struggling’ as the Vintners Federation of Ireland (VFI) calls for a ‘substantial package’ of support as part of Budget 2023. 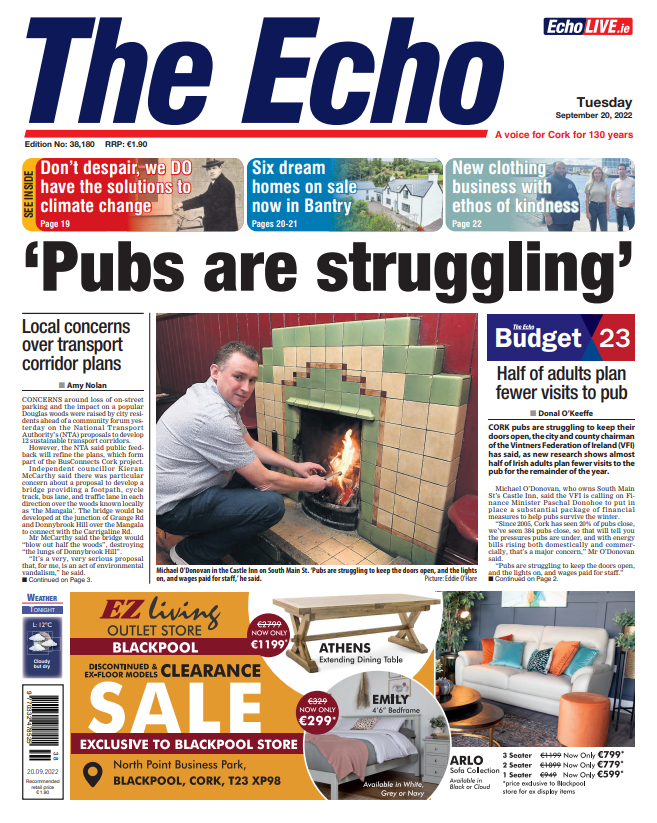 The Irish Times also leads with the ‘State pension shake-up’, alongside an image of Britain’s King Charles III walking behind his mother’s coffin. 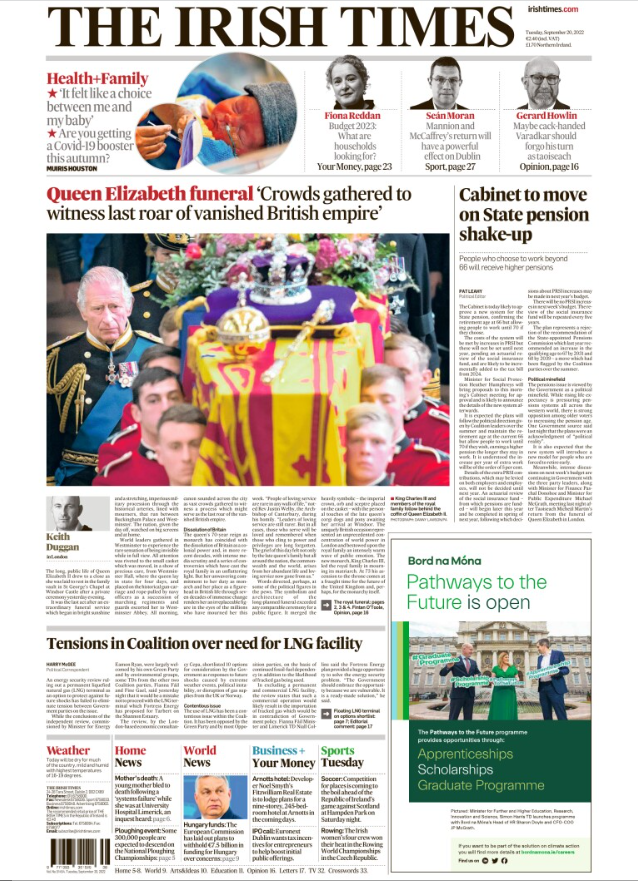 The Irish Daily Mail‘s headline reads: ‘Retire at 70 for an extra €60 in pension’.

What do you think of this ‘flexibility’ option for those who want to retire later than 66?
Plus don’t miss your fantastic weekly Good Health supplement. pic.twitter.com/uP33nhjQ1u

Finally, The Irish Sun has a picture of U2 frontman Bono, reporting the rocker has admitted he was ‘forced to nick food’ as a child.

In Britain, the front pages capture the queen’s final journey, as the British royal family begins another week of mourning.

The Sun, Metro and The Times all have front and back page spreads with images from the service.

The i calls the “end of the Elizabethan age” while the Daily Express says: “God rest our Queen.”

The front page of Tuesday’s special edition: The end of the Elizabethan age#TomorrowsPapersToday pic.twitter.com/luIcCadmVQ

The Daily Star says the queen has been reunited with her late husband, while photographs of her coffin adorn The Independent, The Guardian, The Daily Telegraph and Financial Times.

Tuesday’s front page: Side by side, together, for ever ❤️#TomorrowsPapersTodayhttps://t.co/ZDGDbgraou pic.twitter.com/WDF9nXiWCA

And the Daily Mail accompanies an image of the funeral service inside Westminster Abbey with the text: “Her final journey.”