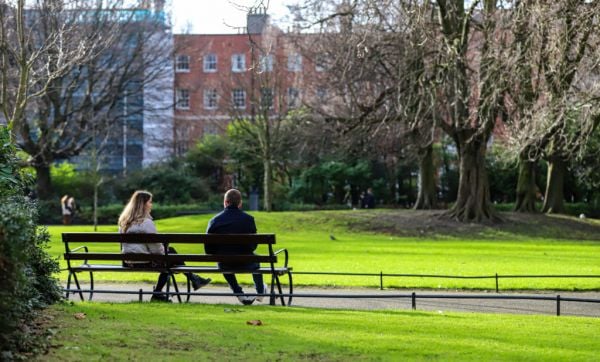 A girl who was drunk when she threatened a teenage boy with a screwdriver in Dublin’s St Stephen’s Green has been spared a sentence and a criminal conviction.

The girl (16) pleaded guilty to theft and possession of a weapon at the Dublin Children’s Court.

Garda Aisling Kilcoyne told Judge Paul Kelly that the boy reported the theft on the evening of July 4th, 2021, telling gardaí he had been “threatened by a girl with a screwdriver” and that she had taken his speaker.

The garda came across the girl and told her she was looking for a speaker. The accused, who was 15 at the time, handed it over and took out the pencil-sized screwdriver from her pocket.

The court heard gardaí made several attempts to contact the girl’s mother before dropping her home.

“She was not a state to be interviewed,” Garda Kilcoyne said, adding that social workers were also contacted.

The girl later went to Pearse Street Garda station, where she made admissions, apologised and claimed: “I don’t remember the night. I was really drunk.”

She had no prior criminal convictions.

According to the girl’s account of the incident, there was “trouble at her house” which was “smashed up”. Defence solicitor Brian Keenan said the accused found the screwdriver and felt safer with it.

He added she has been in the care of Tusla for years and struggled with her mental health, but said she is in “a much better place now”. The court heard she is in school and has attended anger-management courses.

Her social worker and a relative attended the hearing, where the solicitor furnished the court with a welfare report.

Judge Kelly also had another report from the Probation Service outlining its engagement with the teen over the past three months.

Judge Kelly noted she had not come to negative attention recently, had done her Junior Certificate exams, and found full-time work which she said she enjoyed.

However, the judge noted her worry that her work was in jeopardy due to the court case.

The defence submitted that the pre-sentence reports were positive.

Judge Kelly agreed that her probation officer spoke “very highly” of her and noted her record of engagement with various services.

Sparing her a criminal record, the judge applied the Probation of Offenders Act and warned her to “stay out of trouble”.

The girl replied, “thank you”, as he left the court.