Ministers signal support for Ukraine after ‘grave’ speech by Putin 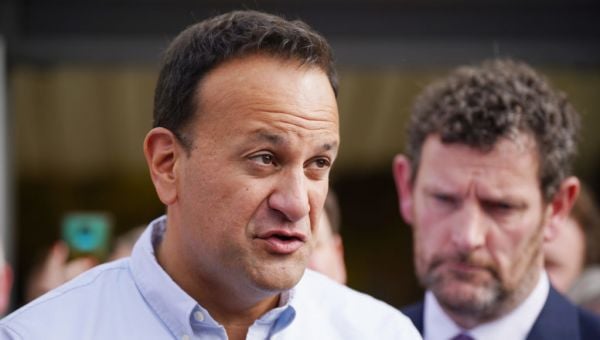 Taoiseach Micheál Martin has described a speech given by Russian President Vladimir Putin as “grave”, as senior government ministers signalled that Ireland’s support for Ukraine would remain steadfast in the wake of an expected escalation.

The public address comes as Moscow-controlled regions in eastern and southern Ukraine were due to hold votes on becoming parts of Russia.

“It’s an attempt to annex territory from Ukraine, and to coerce people of Ukraine, and the veiled threat of nuclear deployment is a very serious one,” Mr Martin said, speaking from the National Ploughing Championships in Ratheniska, Co Laois.

“We support Ukraine financially, we are supporting Ukrainians who flee war. We will continue to do that.

“For what? For a 19th century imperialist objective? Which simply cannot and will not be realised.

“It’s a worrying decision of President Putin and the speech, and we have to be true to the principles that inform us.

“I’ll be going to the United Nations later in this week to again articulate Ireland’s position in terms of the rule of law more generally. Russia needs to realise that there is no alternative to a global rules-based approach to diplomacy and state-to-state relationships.

“That has been the cornerstone of Ireland’s foreign policy since the foundation of the state and will remain so.”

Tanaiste and Minister for Enterprise Leo Varadkar said that what Mr Putin “essentially has said is that he intends to double down on the war in Ukraine”.

He added: “What is happening in Ukraine is a crime against humanity, and Putin is now going to commit more terrible crimes against Ukraine.”

Mr Varadkar said Ireland’s policy in relation to the invasion of Ukraine had not changed.

He said: “I think the European Union and Nato will continue to provide them with weapons, we won’t be doing that. We will support them in other ways: financially, humanitarian need, and also, for example, with training help, with protective equipment or fuel, and that’s what we’ve done.

“And helping politically as well by continuing to isolate Russia.”

Mr Varadkar added: “Historically, governments in the West… took far too long to stand up to the terror and the tyranny that was stalking Europe at the time, and we can’t afford to make that mistake this time.

“It’s in all of our interests that we stand up for democracy, stand up for human rights and stand with the Ukrainian people.”

When asked whether there would be a bed and a home for the Ukrainian refugees arriving in Ireland this winter, Minister for Housing Darragh O’Brien said the situation was not easy.

“(Minister for Children and Integration) Roderic O’Gorman, myself, cross government with Taoiseach and Tanaiste and Minister Ryan continue to work on this, that we will meet any challenge that comes our way.

“We’re continuing with the refurbishment of older properties, what were previously non-residential properties. That is moving apace, the bed spaces are being handed over at this stage.

“But the situation is not easy, there’s no question about that.

“But I think when you look at our nearest neighbour, how we’ve responded as a country that has had through our own history – that understand completely what it’s like to be persecuted, what it’s like to have our families and our predecessors and ancestors have to leave this country – I think it’s incumbent upon us morally that we do everything we can to help, and we will.”

About 48,000 Ukrainian refugees have arrived in Ireland as of mid-August, since the Russian invasion of Ukraine at the end of February.