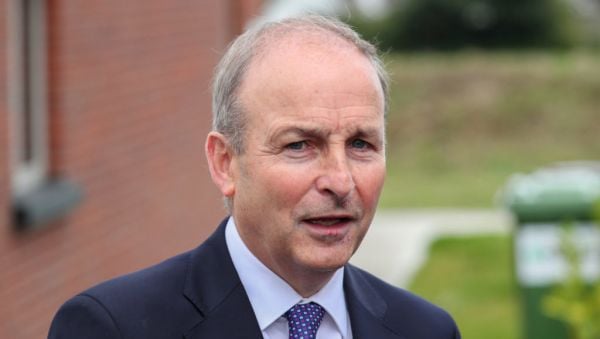 The Taoiseach has described the Russian president’s speech last night as “very grave”.

The Russian president threatened the West with nuclear weapons if it continues to “blackmail” his country.

Mr Martin said it’s more important than ever for Europe and the West to remain resilient and support Ukraine.

“I’m very, very concerned about it. It’s a grave speech in terms of the import of what he is saying, it’s an attempt to annex territory from Ukraine, and coerce people in Ukraine.

“The veiled threat of nuclear deployment is a very serious one, and I think the West and the European Union has to be very resilient in support of Ukraine.”

In the speech, Putin confirmed partial mobilisation of reservists in Russia.

It is the first mobilisation in Russia since the Second World War and comes amid battlefield losses for the Kremlin’s forces in recent weeks.

Mr Martin will attend the UN General Assembly in New York on Wednesday evening. The meeting will be dominated by the war in Ukraine and food shortages in Africa.

After attending the ploughing championships in Co Laois on Wednesday morning, Mr Martin will board a flight to New York where leaders from across the world have gathered for the UN General Assembly.

Many have flown directly from London after attending the funeral of Britain’s Queen Elizabeth.

US president Joe Biden delayed his attendance until Wednesday to pay respect to the monarch and will be one of two main speakers on what is day two of the summit.

The other is a pre-recorded message to be delivered by Ukraine’s president Volodomyr Zelenskiy. – Additional reporting from Press Association