Charlie Bird to receive the Freedom of Wicklow next week 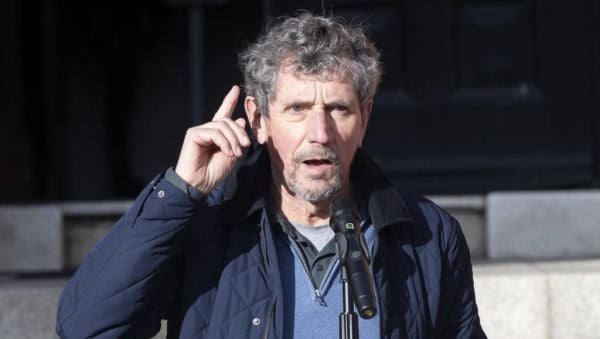 Broadcaster Charlie Bird has revealed that he is set to be awarded the Freedom of Wicklow on Monday “following in the footsteps of Daniel Day Lewis and (the great) Katie Taylor”.

The veteran journalist was diagnosed with incurable motor neurone disease last year and has since scaled Croagh Patrick in Co Mayo as part of “Climb with Charlie” with events all over Ireland raising more than €3.25 million for charity.

In a video posted on Twitter, the 73-year-old said he was accepting the Freedom of Wicklow on behalf of all those who participated and supported “Climb with Charlie.”

“Clearly I am very honoured by receiving the freedom of my home county. But in my heart, I am accepting this award on behalf of every one of you out there who supported “Climb with Charlie.”

All of you are the real heroes, and I would love for everyone of you across Ireland and abroad to be honoured as well.

What you all have done is incredible and believe it or not there is money trickling in for the two great charities – Pieta and the Irish Motor Neurone Disease Association.”

Mr Bird said that he was going through a tough period which involves him crying daily.

“ But I have made this promise : as long as I can, that I am going to extend the hand of friendship to everyone who are battling their own mountains every day. And oh my God there are so many people in that situation who we all need to help.

“So I am working away with another idea in my head to extend the hand of friendship while I still can.”

“My next project will be all about awareness. So thank you all again for the amazing kindness and friendship you have shown me.”

Charlie said his next goal is reaching Christmas and then “with fingers and toes crossed” going to see Bruce Springsteen next May.

“Hopefully he sings Land of Hope and Dreams.”

Well I have taken a few weeks off. This time last year I didn’t think I would reach my 73rd Birthday. But I have . So my next goal is Christmas and then with fingers and toes crossed get to see Brucie next May. Hopefully he sings Land of hope and Dreams. pic.twitter.com/mup40WEbO6

Meanwhile, as Charlie has lost his voice he communicates with a pen and notebook and a bespoke app created by Marino software.

Earlier this year Mr Bird’s wife, Claire, told Sean Moncrieff on Newstalk that her husband keeps himself up to date with world events in spite of his ailing health.

Mr Bird told the show that having covered the Troubles in the north that his “dying wish” is for “peace to remain on this island.”