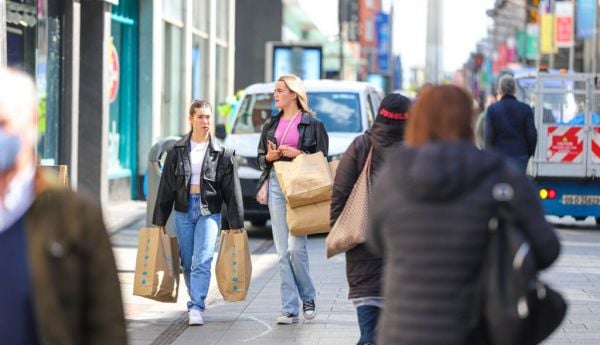 Consumer sentiment has tumbled to levels last seen during the global finance crisis 14 years ago as concerns about the impact of sharply higher energy bills hammered the outlook for household finances, a survey showed on Thursday.

Confidence has fallen in seven of the last eight months in line with inflation climbing to a near 40-year high. The most recent survey coincided with the announcement of increases of between 27 per cent and 47 per cent in energy bills, as well as a step-up in grocery prices and official interest rates.

One of the survey’s authors said that as was the case when Covid-19 first struck, the reading should not be interpreted as suggesting Irish economic conditions are now as bad as those seen over a decade ago when Ireland required a sovereign bailout.

“Instead it is signalling a sea-change in consumer thinking in relation to their economic and financial circumstances,” said economist Austin Hughes.

“The normal expectation of an improving environment built on gains in employment and incomes is now being replaced by worries around fast and furious increases across a range of living costs allied to the threat that energy might be unavailable as well as unaffordable.”

The Minister for Finance has said the outlook for the coming months has weakened considerably and that his department will cut its economic growth forecasts for next year as part of preparations for next week’s budget.

While retail sales have fallen in recent months, tax returns have remained exceptionally strong, with unemployment near a 21-year low of 4.3 per cent.