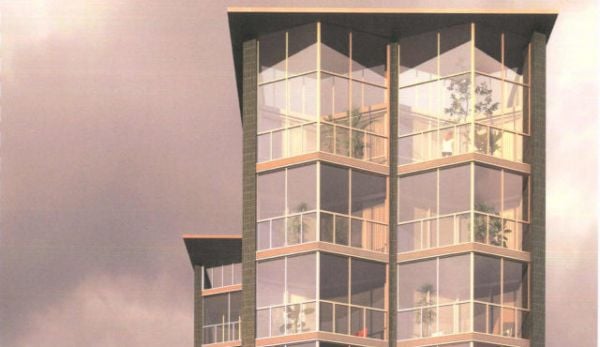 Dublin City Council has refused planning permission to contentious plans for a seven-storey senior living ‘build to rent’ scheme for Ringsend in Dublin 4.

Over 65 objections were lodged against the 30 unit scheme including one from School Principal of St Patrick’s Girls National School in Ringsend, Anne Smith who raised child protection concerns if the scheme was to proceed.

In a two-page objection lodged with Dublin City Council on behalf of the school’s Board of Management, Ms Smith stated if planning permission is granted “residents and workmen will be able to look into our school-yard as well as into our school building – possibly taking photos and videos of our school children and staff”.

Ms Smith said: “this would concern us in terms of child protection or GDPR. We would not be able to stop any photos or videos being shared on social media or the Internet”.

Now, in a comprehensive refusal, the City Council has stated that the proposal constitutes overdevelopment of the site and is considered to be contrary to the Dublin City Council Development Plan.

The Council planner’s report found that the application “would result in the creation of a monolithic block that would fail to result in either a contextual or high-quality design response”.

In its formal refusal, the Council also found that the scheme will seriously injure the visual amenities of properties located within its immediate vicinity, by reasons of being visually overbearing, visually incongruous and with overshadowing impacts.

The planning authority also refused planning permission after finding that the height and scale of the development undermines the urban grain of the area.

The council said: “The proposed development would set a precedent for similar type undesirable development and would have a detrimental impact on the value of property in the vicinity.”

The Council also refused planning permission after finding that a senior living ‘build to rent’ scheme of this scale is not appropriate having regard to the zoning of the institutional and community lands.

The local authority said the applicant has not adequately clarified how the proposal for a Build to Rent scheme would accord with the primary institutional and community based objectives of the lands.

In another strand to the wide-ranging refusal, the Council states that the proposed development would lead to further demand for on-street parking and would result in displacement of existing residential parking.

The site currently accommodates the two-storey Cambridge House and Tom Phillips and Associates state “the proposed scheme provides an appropriate balance between the delivery of housing and compact growth and ensuring a sensitive response to the residential amenities of Cambridge Rd.

Green Party Councillor Claire Byrne called on the Council to refuse planning permission as the scheme is completely out of character for the area and does not compliment or enhance the area in any way.

Local resident, Robert Mullan has stated that he objected to the grant of permission “for this monstrous proposal”.

The applicants now have the option of appealing the decision to An Bord Pleanála.