He always says stuff about me! – Jack Grealish laughs off Graeme Souness jibes 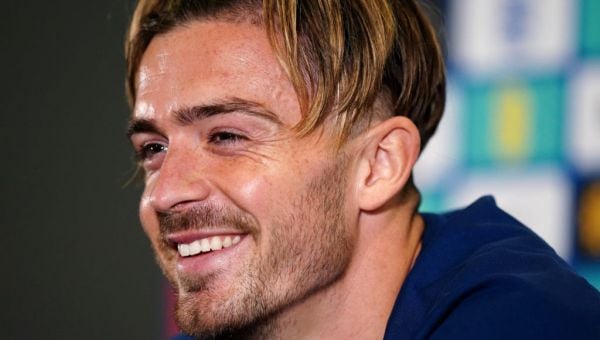 Jack Grealish says Pep Guardiola wants him to “have balls” in possession as the Manchester City attacking midfielder laughed off Graeme Souness’ latest criticism of him and his style.

It is just over a year since the homegrown Aston Villa star made an eye-catching £100million switch to the Etihad Stadium.

Grealish says the increased pressure and scrutiny is “part and parcel” of representing City and England, with that mentality perhaps explaining why he was able to take Souness’ latest jibes in his stride.

The former Scotland star this week said that the 27-year-old is “not a great player” and should have improved more since joining City, where he thought he would think quicker and move the ball quicker.

“I don’t know what his problem is with me,” Grealish said with a laugh. “He always says stuff about me! But I try not to read a lot of it.

“It is difficult you know when he’s on talkSPORT, or Sky Sports, and it’s everywhere around the training ground at times.

“Listen, he was obviously a great player and won a lot but I know he has a lot of stuff to…I don’t know what it is with what he says about me or what problem he’s got. I know my own ability.

“I know before that he used to say a lot of stuff about me not moving the ball quicker but when I’m playing for a manager like Pep Guardiola and he’s telling me to keep the ball as much as I can and have balls to take it everywhere, that’s what I’ll try and do.

“Obviously I am always going to have people, if I’m not playing well (criticising). Listen, I know within myself, I always watch my games back and stuff like this and I am very critical of myself.

“I know that there were games, especially in the second half of last season, where I wasn’t at my best at all.

“But from now on, I’m just going to try and get my head down and try and get that fitness back because I know I’m not at 100 per cent yet. I think I’ve only played one 90 minutes this season.

Ahhh man that felt good 🥰🫶🏻 great win going into the international break! Away fans were incredible 💙 P:S thanks @KevinDeBruyne about time 😘🅰️ pic.twitter.com/13szVVyUNq

“But, yeah, I think I’ll always have people on the back of me but I’ve just got to try and go and perform.”

Grealish appears to take everything in his stride, admitting scrutiny “probably affects my family more than it does me” having learned to deal with it over the years.

“It’s more if someone like my mum or my dad was saying it, I’d listen a lot more,” he said ahead of England’s Nations League clash in Italy on Friday.

“But, yeah, sometimes when people are saying it – whether it be trolls on Twitter or Instagram or stuff like that – that doesn’t bother me at all.

“I think that’s just part and parcel of what we have playing for the national team and playing for big clubs in England.

“I don’t think I’m the only one, I think there’s quite a few. I think we just have to learn to deal with that.

“Obviously over time I’ve learned to deal with it.

“When I signed for Man City and the price and stuff that came with it, I knew it wasn’t going to all be laughs, unless I started the way Erling Haaland did. I think that’s the only way I wouldn’t get caned!

“Obviously I’m not going to sit here and say ‘nothing ever affects me’ because it does sometimes. I’m a 27-year-old kid so I’ve had to learn to deal with that.”

Grealish has been in the spotlight long before he became a star player due to some off-field behaviour earlier in his career.

The attacking midfielder’s professionalism was called into question again over the summer following his celebrations at City’s title parade and subsequent holiday.

Grealish thinks that criticism is unfair but knows he has work to do to reach his best for City and England.

“I’m just like a normal kid, you know?” he said. “I feel like I was just doing what a lot of other footballers are doing, but sometimes I think I get more attention when I’m on holiday in Ibiza or Vegas or something.

“After that then I was putting up photos of me working. I don’t know if a lot of people spoke about that.

“I tried to come back as fit as possible and I felt like I did. I’ve seen the manager said that a few times about me.

“I know what I’m like and how professional I actually am and hopefully I can just get my performances back to where I was, when I’m playing at my best.

“I know how good I actually am when I’m at my best so hopefully I can get that back and get my fitness back as quickly as possible.”