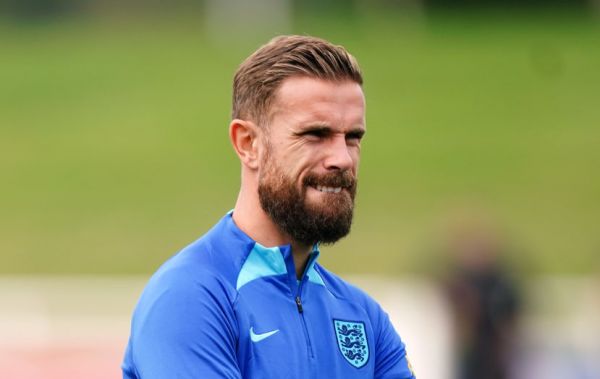 Jordan Henderson admits his recent experiences of crowd trouble and stadium issues have made him think twice about taking his family to the World Cup in Qatar.

The 32-year-old was on the bench as England’s Euro 2020 final defeat to Italy was overshadowed by supporter unrest on the doorstep of Wembley Stadium.

He then captained Liverpool in their loss to Real Madrid in the Champions League final last season, a match that was delayed as spectators were unable to gain access to the Stade de France, leading to local police using tear gas and pepper spray on supporters and ultimately to a full inquiry commissioned by UEFA.

Henderson’s family were almost caught up in the Wembley furore as ticketless fans stormed through security checkpoints.

“My family and friends have had a couple of experiences over the last couple of years, which has really shocked them and probably put them off going to future games,” he said.

“Hopefully that changes in the near future when it gets closer to the tournament. But when you see scenes like you have in the Euros final, in the Champions League final, then they don’t really want to go and put themselves in that situation again.

“My wife and kids had to try and get in a side door (at Wembley) which they wouldn’t let them in at the beginning. And they were trapped.

“She was trying to get the kids away from all the middle of what was happening and eventually I think after about 15-20 minutes, somebody recognised that she was my wife and she was lucky that, because they knew it was me, they let them in quickly.

“But if that person didn’t, I mean, it could have been trouble. My dad was involved a little bit, I think some of the players’ dads, like Harry Maguire’s, was hurt badly.

“I think we all know that that wasn’t great, that was a bad experience for a lot of people that final. Then we have Paris, which is probably even worse.

“My dad said that, after the Champions League final, that was him done. But when it gets closer to it, I think there’s a lot of security elements and things that are going on in Qatar that I’m sure will make people more safe.

“But when you’ve had those experiences sometimes you think is it worth risking it but we will have to see closer to the time.”

Henderson’s comments came on the back of England team-mate Eric Dier saying he would not allow his mum to travel and watch him in away games because of what he deemed to be an increase in poor behaviour from supporters.

But it is not just disorderly fans which can create tension in and around stadiums, as Henderson and his Liverpool team-mates learned moments before their Champions League final in Paris.

“Some of my family got caught up in it which wasn’t ideal. A lot of the players’ families, I think it is everyone, got caught up outside the stadium,” added Henderson.

“I think in Paris in the final I think if the fans weren’t respectful there could have been a lot more problems, to be fair, so I think the fans were amazing.

“It was the authorities and the people around the stadium that weren’t and were causing issues. But I suppose as a fan, if you’re going to the game and you don’t feel comfortable and you feel threatened by whatever situation, you’re not going to want to go again. And it’s as simple as that really.”

Having initially been left out of Gareth Southgate’s squad for the upcoming Nations League double-header against Italy and Germany, Henderson was called up after returning to fitness following a hamstring injury.

He admits being involved in the last camp before the World Cup was a factor, saying: “First and foremost it is to make sure I’m fit and available to play.

“There is no point coming here if I’m not fit. Once that was the case, of course I want to be here for two big games against Italy and Germany but, yes, leading into the World Cup as well.

“It doesn’t matter what camp it is to be honest, I always want to be a part of the set-up and thankfully it worked out and hopefully I can get a good week’s training and play some part of the games.”