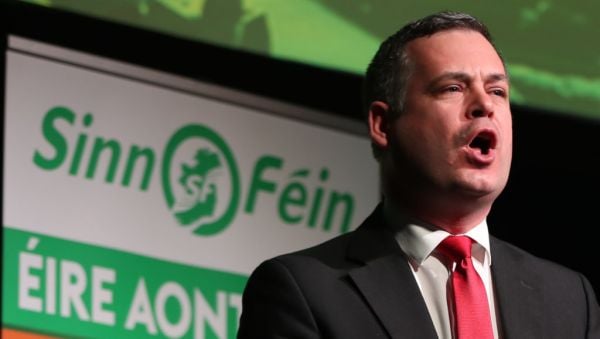 Renters need relief and runaway rents need to stop, the Dáil has heard.

Sinn Féin’s Pearse Doherty said an entire generation have been “locked into an unaffordable rental market and locked out of ever being able to afford their own home”.

He described house prices as “out of control”, adding that thousands of people living in the private rental sector are “frightened”.

He reiterated Sinn Féin’s call for the Government to introduce tax credits for renters along with a ban on rent price increases as part of its Budget measures.

Mr Doherty said: “Thousands, perhaps tens of thousands of people, working people in their late 40s and 50s, are living in the private rental sector.

“They’re frightened that they have no way out of that rental market and face a future of pension poverty because of runaway rents.

“This housing failure is robbing our people of their hopes, of their dreams, for the future.”

He added: “Renters need relief and, as you know, Sinn Féin have been calling on your government year after year to provide support for renters.

“We have proposed for years a refundable tax credit that would put one month’s rent back into renters’ pockets, reducing the rental costs and lifting some of the burden from them.”

He said the measures need to be accompanied by a ban on rent increases.

“Renters are being fleeced, runaway rents need to stop, renters can be supported and runaway rents can be tackled, but the choice is yours,” he added.

Tánaiste Leo Varadkar described the high cost of rent in Ireland as “out of kilter and disproportionate when compared to our peer countries”.

He told TDs during Leaders’ Questions that he could not comment on budget proposals as discussions to finalise the measures were taking place and would continue throughout the weekend.

Mr Varadkar also said the most important thing the Government can do to address the housing crisis is to provide more social homes and that they were “probably going to break records in terms of the number of new social houses provided in Ireland this year getting up to the kind of figures we haven’t seen since the 1970s”.

He added the cost-rental scheme and the help to buy scheme were helping people get on the ladder.