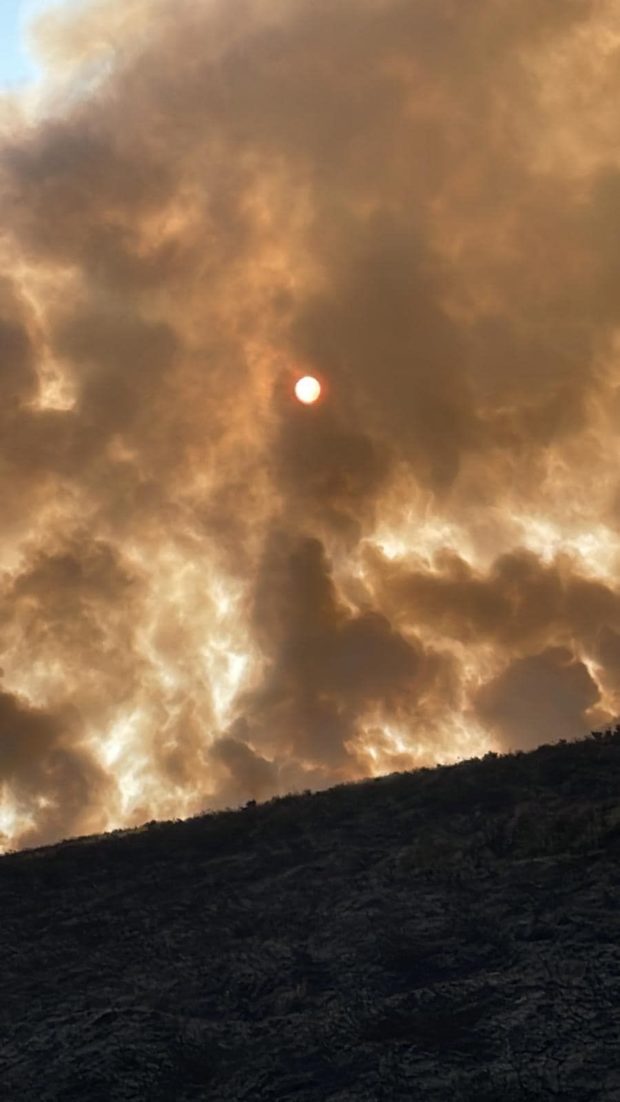 Gorse fires at the Nine Stones in south Co Carlow. Photo for illustrative purposes only

A FARMER who had part of his land set on fire subsequently received a bill for more than €1,300 from Carlow County Council.

At September’s meeting of the council, cllr Charlie Murphy commended the fire service for their efforts in tackling blazes on Mount Leinster. However, the Myshall councillor said he had received representation from a farmer who had been reseeding in an undisclosed area.

“He had piles of vegetation piled up. He was fairly near to an urban area. On a fine day, some young fella got a box of matches and lit it up. It took off like a nuclear bomb. You could see the smoke and flames from miles off.”

“He had no hand, act or part in it. He had no fire notice because he did not intend on burning it. Somebody came along and decided to light it up and he gets a bill.”

Speaking of the bill, cllr Murphy added: “I don’t think there is much chance of getting that.”

In response, acting chief fire office Liam Carroll said there was a permit available for farmers to carry out controlled burning. Farmers are instructed to contact 999 to state when and where the controlled burning is located.

If someone passing then sees the fire and contacts 999, the control room operator will see a controlled permit is in place and the fire service will not be mobilised.

“If someone is burning waste without a permit, it becomes under the environmental regulations and it has to be extinguished,” he added.

Cllr Murphy sought to reply to Mr Carroll, but cathaoirleach Brian O’Donoghue, as he already had done in the meeting, would not allow speakers to come in a second time on a topic and matters moved on.