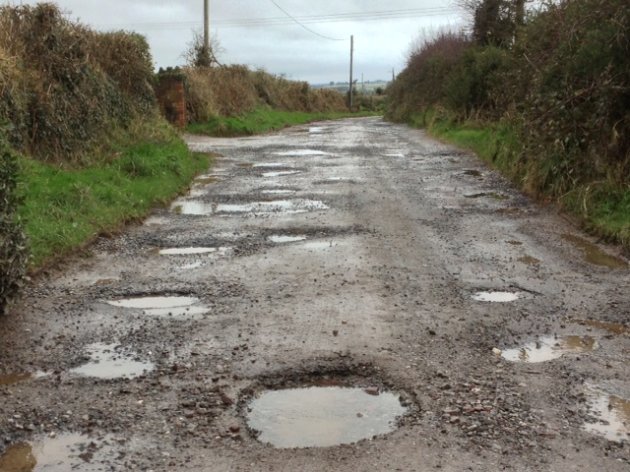 Photo for illustration purposes only

ALMOST a million euro had been secured for repairs to rural laneways in Carlow this year.

Director of services Padraig O’Gorman said Carlow had received a “very strong” allocation of €944,000 under the Local Improvement Scheme (LIS) over two funding rounds at September’s meeting of the council.

Carlow received over 4% of funding nationally for the scheme for laneways and non-public roads. Mr O’Gorman said the council was tendering with the works, which are expected to be done before year’s end. Councillors lauded the scheme. Cllr Arthur McDonald said: “It’s a major allocation for Carlow, particularly south Carlow. It makes a huge difference to south Carlow, that’s where most schemes are carried out.”

Carlow municipal district councillors took the opportunity to see if there was funding for more urban areas.

Cllr Fergal Browne also received a volley of heckles from rural councillors when he suggested any unspent LIS money be used on footpaths in the Carlow municipal district.

Mr O’Gorman said funding was specific for lanes and could not be transferred elsewhere. There are currently LIS projects in the Carlow municipal district.

In response to a query from cllr Willie Quinn about price inflation, Mr O’Gorman said the contractors had agreed to the same rates for the second round of works as the first round.

“Going into a new year, it’s looking into the crystal ball,” he said. “It’s a concern going forward how far funding will be stretched … on a monthly basis, you are seeing an increase.”