I’ll be too much for Joseph Parker – Joe Joyce 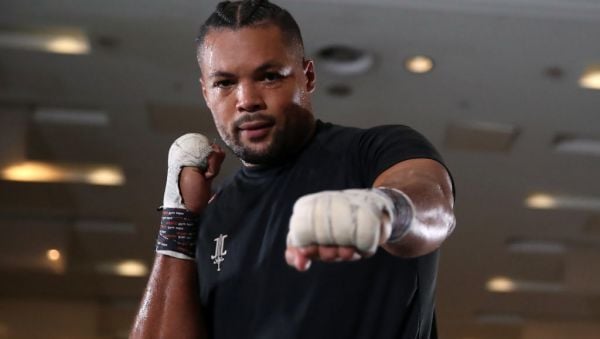 Joe Joyce recognises Joseph Parker has the edge in experience but the Briton insisted he will overwhelm the former world heavyweight champion on Saturday night.

While Joyce has won all of his 14 professional fights, his resume does not carry as much heft as Parker, who has shared the ring with Anthony Joshua, Andy Ruiz Jr, Dillian Whyte and Derek Chisora.

Only Joshua and Whyte have had their hand raised against Parker but Joyce is looking for a British hat-trick against the New Zealander when the pair go head-to-head at Manchester’s AO Arena this weekend.

As well as height and reach advantages, Joyce boasted his overall skillset will subdue Parker, who is coached by Andy Lee and trains with Tyson Fury at the WBC heavyweight champion’s base in Morecambe.

Joyce told the PA news agency: “I’m prepared and ready for the best Joseph Parker. I’m definitely not taking him lightly because he’s a very skilful fighter. It’s going to be tough in there.

“He looked really good (in his last fight) against Chisora (last December), strong and powerful. I’m sure him and Andy Lee, and with Tyson Fury in his ear, will bring out the best in him.

“This is my biggest fight to date. But with my work-rate, power, endurance and punch output, I think I’ll be too much for him.”

While Joyce is a marginal favourite to prevail and claim the vacant WBO interim title, he is accustomed to adversity having upset the odds to beat British compatriot Daniel Dubois in November 2020.

Joyce said: “Everyone thought I was going to lose against Dubois but beating him put me really high up on the ladder. I think this ladder is a bit smaller with Parker but it cements me at that elite level.”

Joyce scaled 271lbs and 6oz on Friday afternoon, with Parker weighing in at 255lbs and 4oz, a career-high for both fighters.

The winner of this showdown will be targeting a shot at a world title later this year or in 2023, with Parker looking for a second tilt having reigned as WBO champion between December 2016 and March 2018.

While he has had 32 professional contests, Parker is still only 30 – seven years younger than Joyce – and is aware he has time on his side to add to his legacy.

Parker told PA: “I feel like I have been in boxing ages. I feel like one of the older ones but I am actually one of the younger ones.