Number of sexual offences rises to highest in a decade, gardaí say 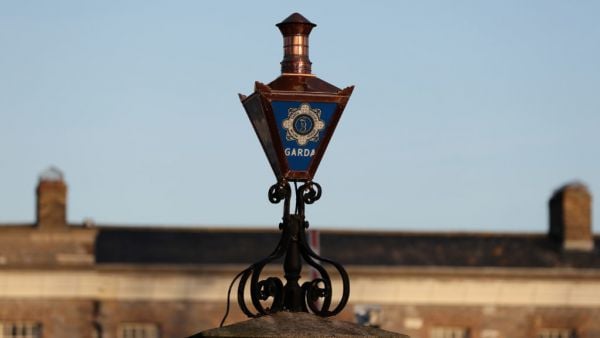 Last year saw the highest number of recorded incidents of sexual offences in almost a decade, as the number of sex crimes continues to rise in Ireland, figures have shown.

The figures were published by gardai following an analysis of domestic, sexual and gender-based violence crimes.

Sexual offences with a domestic abuse motive increased substantially between 2020 and 2021. They accounted for 26 per cent of all sexual offences in 2021, the figures show.

Gardaí said this is partially due to the introduction of the victim offender relationship on the Pulse system.

For men and women, most sexual offences happen in residential locations, 62 per cent and 52 per cent respectively, based on incidents between 2019 and 2021.

Data also shows that domestic abuse is primarily gender-based and has shown increases over the last nine years.

Some of this increase is due to improved data recording while some is due to increases in reporting.

While the increased incidents of domestic abuse can be partly attributed to Covid-19 and related restrictions, the rate of recorded abuse has continued to rise post-lockdown.

In the first quarter of 2022, domestic abuse calls and incidents were 13 per cent higher than the period time in 2021.

For female victims, there is a close link between domestic abuse and sexual and other types of violence.

Male victims, whilst also experiencing domestic abuse, are more likely to be subject to violence by offenders unknown to them or in incidents not relating to domestic abuse.

Between 2019 and 2021, a domestic abuse motive was recorded for 11 per cent of all men who were victims of the three crime groups examined.

Between 2013 and 2021, last year was the first and only year in which there were more murder, manslaughter, infanticide incidents relating to domestic abuse than for any other motive – 13 and 12 incidents respectively.

A garda spokesman said there has been “significant efforts” to develop training, policy and awareness in the force of the nuances of domestic abuse.

It said that while efforts to improve data recording and to encourage reporting has led to an increase in cases, gardaí say there is still an element of under-reporting.

At the beginning of the Covid-19 pandemic, gardaí launched Operation Faoiseamh to provide support to victims of domestic abuse.

Similarly, the proportion of call-backs made to victims within seven days increased from 38 per cent at the beginning of 2019 to more than 70 per cent in April 2020 and remained at that level or higher throughout 2020 and 2021.

Meanwhile, offenders in incidents of violent and threatening behaviour are more likely to be men for incidents with male or female victims.

Among incidents from 2019 to 2021, where at least one offender had been identified, when a woman is the victim, a man is the suspected offender in 74 per cent of incidents.

This increases to 94 per cent of incidents relating to domestic abuse of women.

When a man is subjected to violent and threatening behaviour, another man is the suspected offender in 88% of incidents.

For the sub-set of incidents where the victim offender relationship is available, women are also more likely than men to know the offender, with 84 per cent of women knowing the offender compared to 61 per cent of men.

The most common relationship type for female victims is a current or former partner or spouse: 33 per cent of all female victims.

For men, where there was a known relationship, the largest proportion fall into the other offender known to the victim category at 22 per cent.

The report also shows that children experience violent and threatening crimes in a sizeable proportion and, on occasion, majority of reported incidents.

The high proportion of child victims of sexual offences is influenced by incidents reported many years after they occurred, that is, adults reporting experience of child sexual abuse.

The number of attempts, threats to murder, assaults, harassment and related offences has been trending upwards.

Women also made up 38 per cent of victims of attempts, threats to murder, assaults, harassment and related offences in 2013 compared to 44 per cent in 2021, the figures show.