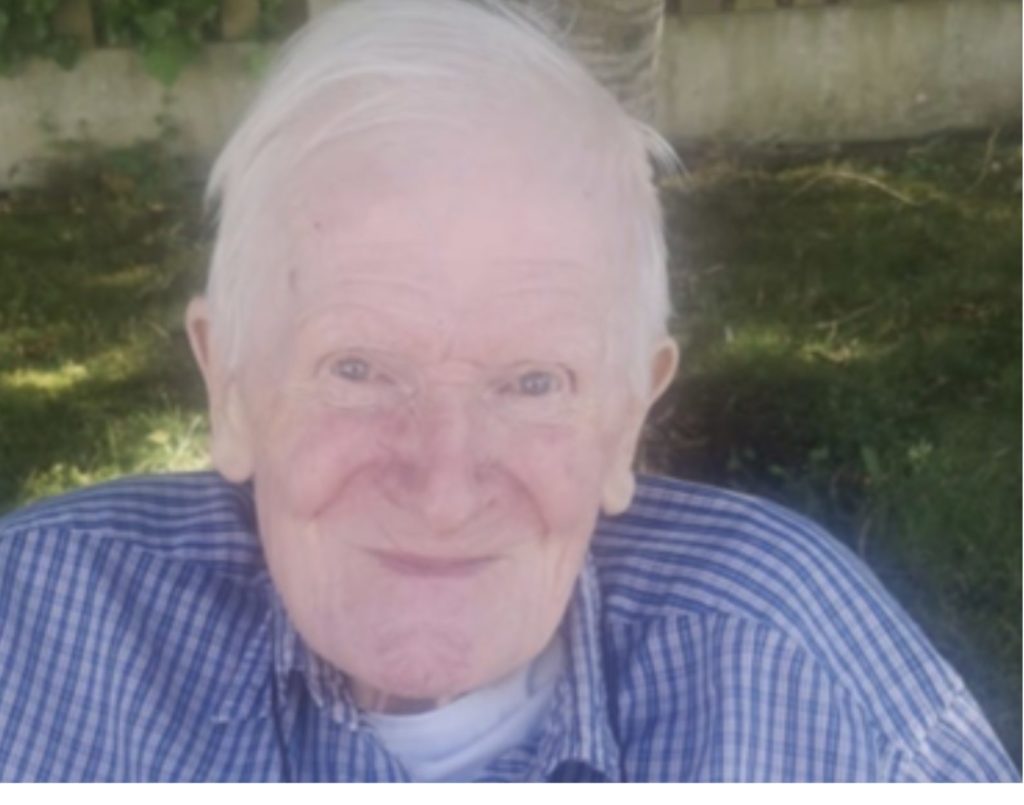 THE Graiguecullen/Carlow area lost a hugely popular figure and man of music with the peaceful passing on Friday 2 September of Patrick (Paddy) Brennan, late of Sleaty Street, Graiguecullen.

Paddy’s death, in the care of the matron and staff of Hillview nursing home, Tullow Road, Carlow followed a brief illness.

Paddy had been a resident at Hillview for the final eight-and-a-half years of his life, that residency enhanced by the fact that his wife of 65 years Philly (née Power) was also a resident of the nursing home for Paddy’s final five years.

Son of blacksmith Dan Brennan, The Forge, Graiguecullen and Doris (née Yeats), Paddy was born on 19 July 1935 at Leighlin Street, on the site of what is today the grounds of St Clare’s Church, Graiguecullen.

Educated at Graiguecullen National School and the vocational school, Carlow, Paddy first went to work with Corcoran Mineral Company at Governey Square, starting out as a van helper. In time, he became a driver in his own right for the mineral concern, covering mainly the area along the Carlow/Wicklow border.

Paddy often recalled an occasion when he was driving down Eagle Hill outside Hacketstown  after making a delivery. There was snow on the ground and he discovered on the way down that the brakes had failed on the van.

He survived that escapade and after a long number of years of loyal service with Corcoran’s, Paddy worked for a time at RTV Rentals, Dublin Street before gaining employment as a driver for Seán Swan Wholesale, travelling the country selling every knick-knack imaginable.

After many years driving for Swan’s, Paddy finished his working life as he had spent it – driving – this time for Crotty’s Bakery, Tullow Street. Paddy’s daily route for the bakery covered Carlow town, Raheendoran, Crettyard – generally the area along the Carlow/Laois border.

Paddy Brennan was held in the highest esteem by all his employers down the years. He brought his good humour and personality to his work and his music which made him a popular figure with all and sundry. It would be hard to imagine Paddy having an enemy in the world.

Paddy Brennan was, of course, ‘Stewpot’ in the music duo Stewpot and Spike – Spike being Michael Geoghegan. Paddy and Michael performed in the Carlow/Wicklow/Laois/Kilkenny area for some 30 years, playing in pubs and clubs, with their repertoire of songs being popular with patrons. Paddy, who started out his music life as a youngster by mastering the flute, was vocalist and drummer with Stewpot and Spike.

Paddy Brennan was married to Philly Power from Barrack Street. It was through Philly’s late father Thomas Power that the couple came to meet for the first time.

Paddy and Philly married in the Cathedral of the Assumption on 24 July 1957. It was an early morning wedding and the wedding breakfast was held in a house on Kilkenny Road which catered for such occasions.

Philly was an expert seamstress and when the Brennans had four daughters, the mother of the house was kept plenty busy employing her seamstress skills for the girls. She also made the wedding dress for her sister Marie Brophy, Barrack Street, which highlighted the mastery of her craft.

Paddy and Philly travelled to Pennsylvania, USA on a number of occasions meeting up with long lost cousins, with whom they became close. The American cousins reciprocated by coming to visit the Brennans in Sleaty Street, accompanied by some of their US friends. That family link is retained to this day

The Brennans also enjoyed a number of annual trips to Blackpool as part of a tour group.

For their golden wedding anniversary in July 2007, Paddy and Philly travelled to Lourdes with the Graiguecullen pilgrimage to the French shrine, a trip they enjoyed at what was a special time in both of their lives.

Occasionally, with Philly, he would go for a social drink in The Workman’s Club or Carpenter’s of Barrack Street, accompanied by Michael Geoghegan and his late wife Mary.

When Paddy’s health declined seriously in his final weeks, his daughters were allowed to stay with him overnight, something the family greatly appreciated.

Paddy was a great family man, being close to his surviving sibling brother Michael, who resides in Moncurragh, Carlow, a closeness that had also existed with his late sister Dot and brothers Oliver and Donal.

The remains were removed on Sunday morning to St Clare’s church, where Paddy’s funeral Mass was celebrated by Fr Dunphy. During Mass, Fr John paid a wonderful tribute to Paddy, whom he had known for a good number of years.

The singing of hymns at Mass was by the combined men’s and women’s Graiguecullen choir.

Following Mass, Paddy was laid to rest in Killeshin cemetery, the resting place of his grandparents, parents and other Brennan family members. Fr John imparted the final prayers at the graveside.

At the graveside there was a rendering of Frank Sinatra’s My
Way – Paddy was a great devotee of ‘old blue eyes’ and My Way was one of his favourite Sinatra hits.