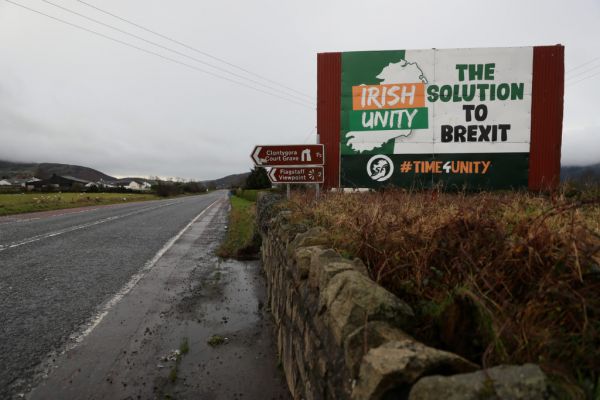 Ireland’s ambassador to the UK has stressed the need to find a negotiated solution to the problems surrounding the Northern Ireland Protocol.

Martin Fraser said he was an optimist about the chances of resolving the issues around the protocol, but said the situation was currently in the “words phase” and had to move to the “actions phase”.

The UK government is legislating to effectively tear up parts of the agreement, which sets out how goods flowing from Britain to Northern Ireland are treated.

Mr Fraser, speaking at a fringe event at the Labour Party conference in Liverpool, said the protocol was the only way to resolve the problems caused by Brexit.

Devolution in the North has been in flux since February when the DUP withdrew its first minister from the governing executive in protest over the protocol.

Mr Fraser acknowledged there were “legitimate concerns” but said: “How do we solve it? We solve it by negotiating through the issues that are there.

“We think it’s the best and only solution. But of course we recognise that people have legitimate issues and we do definitely recognise that the Unionist community in Northern Ireland has legitimate concerns which we have to try and address.

“But we address them by negotiating.”

Asked if he was optimistic about the situation, he said: “I think we have to solve this problem, I think we can, I think we should.”

He added: “I couldn’t have worked on Northern Ireland politics for the best part of 20 years without being optimistic and I think we should all be optimistic.”